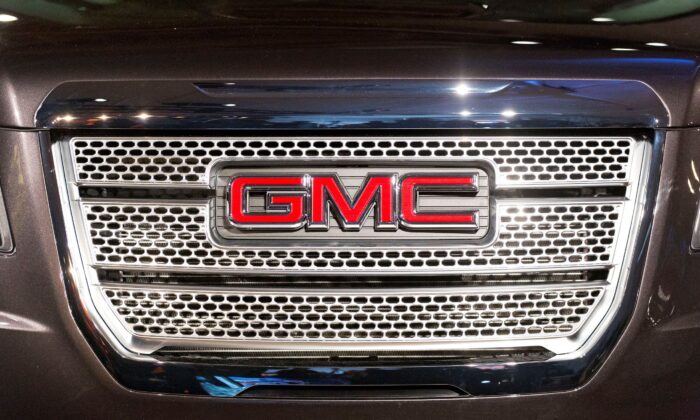 A GMC logo is displayed on the front grille of a vehicle at the New York International Auto Show, New York, on March 31, 2015. (Mark Lennihan/AP Photo)
Companies

DETROIT—General Motors is recalling more than 740,000 small SUVs in the United States because the headlight beams can be too bright and cause glare for oncoming drivers.

The recall announced Tuesday comes after U.S. safety regulators turned down a request from the Detroit automaker to avoid the recall.

The company is recalling GMC Terrain SUVs from the 2010 through 2017 model years. Documents posted by the National Highway Traffic Safety Administration say reflections caused by the headlight housings can illuminate some areas with too much light. The agency says this can reduce visibility for other drivers, increasing the risk of a crash.

“We are still finalizing an actual remedy for the affected vehicles,” spokesman Dan Flores said.

Flores did not know how long it would take until the repair is ready. GM expects to notify owners by letter starting April 23.

The company says in documents that it has only one complaint from a customer about headlights shining into trees.