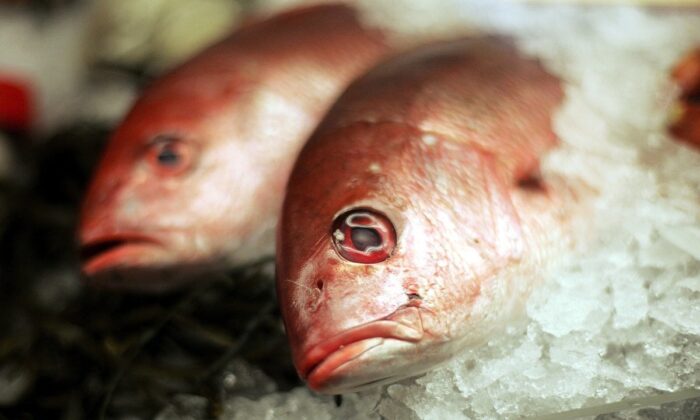 Most people are familiar with the term genetically modified foods (GM foods or GMOs), but not so with “gene-edited food.” Recently, gene-edited red seabream, a fish species commonly found in Japan, has been approved by its government for market release.

Gene editing, also referred to as genome editing, is a method that works by using enzymes to cut DNA at specific points; it can be used to add, delete, or replace sections of DNA of the organism.

The general claim is that changes introduced by gene editing can be identical to those occurring naturally or achieved through traditional breeding but can be made more quickly and precisely. The uses range from making minor changes to DNA to adding new genes to improve traits in an organism. For example, it has the potential to improve the nutritional content of crops or reduce food waste by making them more resistant to disease.

Gene editing was applied to the Japanese red seabream to reduce the effect of “myostatin” in its body, increasing its edible part by more than 20 percent compared to its natural production. Myostatin is a protein secreted in muscle tissues that inhibits muscle cell growth.

Earlier this month, health authorities in Japan approved the gene-edited red seabream introduced by Regional Fish Institute, Ltd, a Japanese aquaculture start-up. “This red seabream will be the world’s first gene-edited animal food to be made available for the market through national approval procedures,” the company stated in a press release. The gene-edited fish was approved by Japan’s Ministry of Health, Labor, and Welfare; and the Ministry of Agriculture, Forestry, and Fisheries.

According to Regional Fish, the edible part of this gene-edited fish has increased by 20 to 60 percent. In addition, the feed utilization efficiency—a ratio of animal response to feed intake—is improved by about 14 percent. Moreover, the reproduction cycle is shorter, which greatly enhances breeding efficiency and profitability.

Presently, the company has not directly sold the gene-edited fish to consumers. Instead, Regional Fish began accepting orders for trial sales of products made with the modified seabream through a crowdfunding platform. Packages containing konbu-cured sea bream and sea bream cooked with rice are to be shipped out sometime in October, and they will be labeled “genome-edited.”

The company says its gene editing is simply speeding up what could be achieved by selective breeding, from 30 years to just two.

Selective breeding, also known as artificial selection, refers to a more traditional method by choosing parents with particular characteristics to breed together and produce offspring with more desirable characteristics. However, this method requires generations of selection and breeding, and it often takes decades to develop a new variety.

Gene-Edited Foods in Japan and the US

Regional Fish is the second entity to market gene-edited food in Japan.

In September, Japan approved its first plant-based gene-edited food now on the market, a new kind of tomato that purportedly lowers blood pressure.

Through gene editing, the researchers have increased the content of gamma-aminobutyric acid (GABA) in ordinary tomatoes by five times. GABA has the effect of inhibiting the rise in blood pressure and relieving stress. Presently, these tomatoes are very expensive; they cost about $10 to $12 per pound. The company, Sanatech Seed, the Tokyo-based startup approved to sell the tomatoes, is planning to launch another tomato sauce.

In 2016, local mushroom farmers in Chester County, Pennsylvania, were producing a staggering 1.1 million pounds of mushrooms on average every day. However, some mushrooms quickly turned brown and decayed on store shelves, and no one wanted them.

That same year, a biologist from Pennsylvania State University showed the local farmers a gene-edited mushroom that he had developed in 2015. Immediately the farmers understood the enormous commercial implications of the gene-edited mushrooms as they stayed pristine white for an extended time.

The researcher had deleted one of the six oxidase genes in the mushroom genome that caused discoloration, and the enzyme activity was reduced by 30 percent, slowing the browning of the mushroom.

In February 2019, Calyxt, a small American start-up, launched a gene-edited soybean oil called Calyno oil. It contains approximately 80 percent oleic acid and up to 20 percent less saturated fatty acids than commodity soybean oil, and it has zero grams of trans fat per serving. Trans fat is said to cause cholesterol to build up in the arteries and increase the risk for heart disease and stroke.

Genetically modified foods usually involve the introduction of one or more genes from a different organism. In contrast, gene editing is a simpler method that adds, deletes, or replaces sections of the organism’s DNA—commonly in crops, poultry, and fish. It is considered a closer method to selective breeding.

Governments are relatively strict on approving genetically modified crops or fruits. For example, in the United States, a new GM food needs to be approved by the U.S. Department of Agriculture (USDA), the Environmental Protection Agency, and the Food and Drug Administration (FDA) before hitting the market; the process typically takes several years.

However, the approval of gene-edited food is comparably simple. The USDA in 2018 stated that it does not plan to regulate plants that have been modified through genome editing. It only required the product information to be submitted for confirmation before entering the market. The agency added that genome editing allows breeders to introduce new traits more precisely and faster.

In October 2019, Japan’s Ministry of Health, Labor, and Welfare announced an approval system for gene-edited food, which stipulates that gene-edited foods with specific functions removed by deleting specific genes can be sold upon declaration and without safety inspections. Whether to label gene-edited products is voluntary, unlike GM foods, which require safety reviews.

Australia and New Zealand consider gene-edited organisms the same as non-GMO. However, in 2018, the European Court of Justice ruled that gene editing constitutes a genetic modification. Despite some EU institutions and member states holding different opinions, the EU had begun to review relevant regulations and definitions.

China currently does not have a management policy specifically for gene-edited organisms, but more than 20 laboratories are developing gene-edited crops.

Even today, there are often safety controversies regarding GM and gene-edited foods due to the lack of data on human health and the environment.

However, more industries are embracing GM and gene-editing technologies, and more consumers are worried about its safety. After all, both methods of genetic change do not occur naturally.

According to the Consumers Union of Japan, some 43 percent of respondents to a University of Tokyo internet survey said they would not want to eat agricultural products developed with genome editing technology, and the figure topped 53 percent when people were asked whether they would eat genome-edited animal products. Less than 10 percent of people said they might buy gene-edited food.

Many believe gene-edited food could have uncontrollable risk factors on fruits, crops, or animals. And there could be irreversible consequences once it enters the commercial stage, as studies show unexpected and undesirable results of gene-edited organisms.

In a study published on June 30, 2015, by Nature, a British weekly scientific journal, a team of scientists from South Korea and China said that they had created “double-muscled” pigs using gene editing. At that time, there was a large market for lean pork. The group hoped that regulators would take a lenient stance toward the pigs, and that the breed could be among the first genetically engineered animals to be approved for human consumption.

The team edited pig fetal cells and deleted the myostatin gene, which inhibits the growth of muscle cells and keeps muscle size in check. They created 32 cloned piglets. However, only 13 of the 32 lived to 8 months old. Of those, two were still alive at the time of the study’s release, and only one was considered healthy.

In theory, as long as you find a gene fragment with a particular characteristic, then modify or delete it, you can get the corresponding change. However, it is difficult for gene editing to achieve such precise changes in actual operation and it will bring many undesirable changes. These unexpected changes are also called “off-target effects.”

A study published in 2017 in the international scientific journal Nature Methods found that the genome editing technology CRISPR introduced hundreds of unintended mutations into the genome of mice, undermining its claim of accuracy and safety.

In the study, the researchers sequenced the entire genome of mice that had undergone CRISPR gene editing to correct a genetic defect. They found that the genomes of two independent mice subjects had sustained more than 1,500 single-nucleotide mutations and more than 100 larger deletions and insertions. None of these DNA mutations were predicted by the computer algorithms researchers widely use to screen an organism’s genome and look for potential off-target mutations.

“It is a matter of how many off-target mutations there are, rather than a matter of their total absence. The technology is not perfect. It will in the future become less prone to off-target effects as it is refined procedurally, but it is extremely unlikely that it will ever arrive at a point where only the intended change will result,” said Dr. Michael Antoniou from the Department of Medical and Molecular Genetics at King’s College London.

“Many of the genome editing-induced off-target mutations, as well as those induced by the tissue culture, will no doubt be benign in terms of effects on gene function. However, many will not be benign, and their effects can carry through to the final marketed product, whether it be plant or animal.”