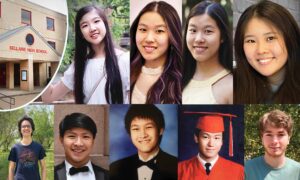 Gene D’Agostino on Transformation of American Education: ‘Turning the Culture Upside Down’

Current trends in the American education system, including the removal of popular cultural icons, the reframing of U.S. history, and the pursuit of so-called “equity,” rather than equal opportunity, are all part of a broader cultural Marxist campaign to transform the nation, according to Gene D’Agostino, a long-time conservative advocate for school choice.

“If I take away these funny cultural icons, like cartoon characters, and or Dr. Seuss, I can slowly change the whole culture, and that’s what this is about,” D’Agostino said in an interview with The Epoch times’ “Crossroads,” speaking of the Looney Tunes’ Pepe Le Pew and a number of Dr. Seuss titles that were cancelled after being deemed offensive and racially insensitive.

D’Agostino told host Joshua Philipp that “absolutes,” such as traditional concepts of good and evil and “a man is a man and a woman is a woman,” are being taken out of the education system in what he described as an effort to remake America based on a cultural Marxist vision.

Another aspect of this transformation is a shift in the way U.S. history is taught, according to D’Agostino. This revisionism has been championed by scholars like Howard Zinn, who butchered Christopher Columbus’ journal to make it fit his anti-colonialist narrative, and more recently, The New York Times’ 1619 Project that portrays the United States as an inherently racist nation built on slavery.

When asked about the change of focus from equal opportunity to equity, which has a focus on equality of outcome, D’Agostino said it is a “scam” that doesn’t actually create equal outcomes or results.

“The last thing they’re interested in is equal outcomes, because we’re seeing what’s happening with legislation right now in lots of states where grown boys are able to compete in girls sports, so they’re not going to get equal outcomes there,” he said. “I think it’s part of this scam.”