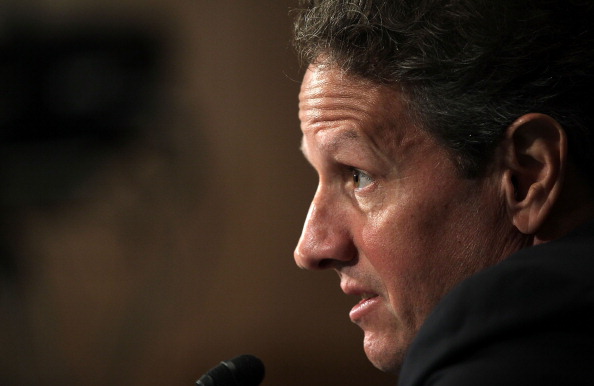 Geithner Book: ‘I Should Have Paid More Attention’ to Citigroup’s Woes

The question to Timothy Geithner could not have been more blunt: Why, asked Oregon Sen. Ron Wyden, had Geithner failed to adequately regulate the banking giant Citigroup during his tenure as president of the Federal Reserve Bank of New York?

“Should your supervision have been more effective?” Wyden demanded of Geithner, then on his way to eventual confirmation as Treasury secretary.

“Absolutely,” Geithner responded. But he did not elaborate.

That was five years ago. This week, Geithner provided a fuller mea culpa with the release of “ Stress Test,” his book on the financial crisis. It does elaborate—albeit modestly—on his oversight of Citigroup, including issues our reporting raised about his time at the New York Fed.

The Federal Reserve supervises bank holding companies. The New York Fed is responsible for firms based in the region, including Citigroup. The largest institution under Geithner’s watch, Citi required the biggest bailout—$45 billion in taxpayer funds plus other federal support.

One of his key mistakes, Geithner writes in the book, was failing to realize that Citi’s equity, or capital, was weak. Capital is the cushion meant to protect a bank from losses and, ultimately, insolvency.

“I should have paid more attention to Citi’s lack of common equity while I was at the Fed,” Geithner writes. Although Citigroup, at the urging of the New York Fed, began raising capital in late 2007, he said it “came in the lower-quality forms that investors now found meaningless.”

Curiously, at another point in his book, Geithner writes about how focused he was, in general, on the issue of bank capital. “I spent most of my time trying to understand whether banks under our supervision had enough capital,” the book says.

In articles before and after Geithner’s confirmation as Treasury secretary, ProPublica examined his supervision of Citi, including the bank’s weak capital, risky lending practices, and the failure of the New York Fed to use its enforcement tools to strengthen the bank.

The articles reported on Geithner’s ties to Robert Rubin, Geithner’s mentor, a former Treasury secretary under President Clinton and a senior executive of Citigroup during the bank’s high-flying years.

Geithner’s calendars, obtained by ProPublica, showed that in 2007 and 2008 he had dozens of discussions with executives of Citigroup, including Rubin, more than with any other firm.

Tim Geithner’s calendars as president of the Federal Reserve Bank of New York show frequent contacts with Citigroup executives as the company’s finances deteriorated in 2007 and 2008.

In a 2009 interview, Geithner told ProPublica that such meetings were routine and that Citi was not treated preferentially because the New York Fed’s system of checks and balances insured its independence.

But in his book, he suggests that his relationship with Rubin did affect his supervision of Citi. Geithner had worked under Rubin at the Treasury Department, and Rubin helped him land his job at the New York Fed in 2003.

“Bob Rubin’s presence at Citi surely tempered my skepticism,” Geithner writes, and “probably gave Citi an undeserved aura of competence in my mind.”

Rubin resigned his job as a senior counselor at Citi in January 2009, prior to Geithner’s confirmation.

“Stress Test” does not discuss why the New York Fed did not act more aggressively to stem Citi’s risky practices in 2006 and 2007, as detailed in ProPublica’s articles. But in the book, Geithner notes that “our supervisors” viewed the bank as “a laggard in risk management.”

The bulk of the Geithner’s 580-page memoir is a look back at how, as Treasury secretary, he helped end the financial crisis and put in place reforms.

Jeff Gerth is a senior reporter at ProPublica. Previously, Gerth worked as an investigative reporter at The New York Times. He has twice been awarded the Pulitzer Prize.