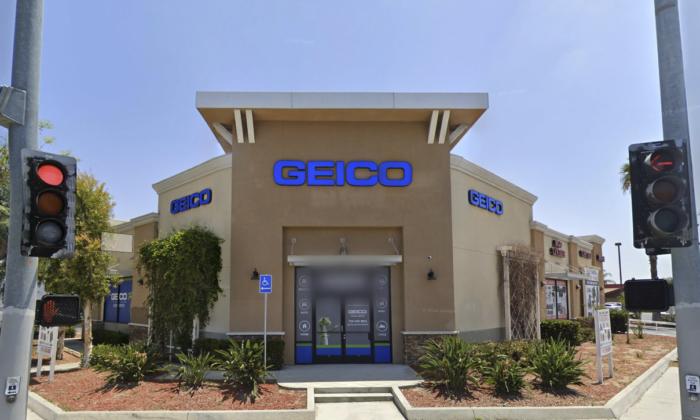 Auto-insurance giant GEICO has closed all 38 branches in California, becoming the latest private insurance company to leave or reduce business operations in the state.

Locally owned branch offices were told of the company’s decision in a two-minute zoom call, one agent who asked to remain anonymous told The Epoch Times.

The owner was packing up the office Aug. 2 after opening just over a year ago, pouring money and time into the business, and recruiting employees. The owner is seeking legal representation and is waiting for an additional response from the company.

The company’s corporate office in Chevy Chase, Maryland, did not respond to several requests for comment about the closures.

The California Department of Insurance is “monitoring this situation” and encouraged GEICO policyholders to contact the company or the insurance department at 800-927-4357 or online at insurance.ca.gov, a department spokeswoman told The Epoch Times.

“What GEICO’s business decision will mean for its customers is a question for GEICO to answer,” department spokeswoman Jazmín Ortega said. “Our top priority is protecting consumers and holding insurance companies accountable for their actions. We are monitoring this situation closely to make sure consumers continue to be protected.”

California’s GEICO customers can still buy insurance policies online and will continue to write policies for the more than 2 million customers currently insured, according to a statement by a company spokesperson to the Sacramento Bee Aug. 1.

Despite the company’s continued services for residents, the closures would have an impact on customers, former California Insurance Commissioner Dave Jones told The Epoch Times.

“It makes it more difficult for those customers who want to actually meet in person with an agent, or those that are challenged in terms of using computers or don’t want to go through the hassle of holding on a phone call,” Jones said.

The company is the latest to scale back on providing insurance policies for Californians.

“State Farm continues to have a strong local presence in California communities, serving customers through our agents and teams of local employees,” Sarkissian said. “The decision to exit these facilities was based on efforts to best serve customers by gaining efficiency through streamlining and improving processes, leveraging technology, and concentrating employees [in] larger locations.”

At the same time, the state’s largest high-end insurer, Chubb Ltd., is not renewing policies for some customers in higher wildfire-risk regions.

“We are still accepting new customers across the state in areas where we have a fair chance of earning an adequate return,” said Paul Krump, vice chairman of the Chubb Group’s global underwriting and claims division, in a statement provided to The Epoch Times.

Many insurance companies are deciding in some cases not to renew insurance policies for homes that face substantial wildfire risk, according to Jones, the former insurance commissioner.

“They’re still writing insurance in other parts of California,” Jones said. “It’s just that those homes that face high wildfire risk, insurers are concluding that the risk is too great for them,” Jones said.