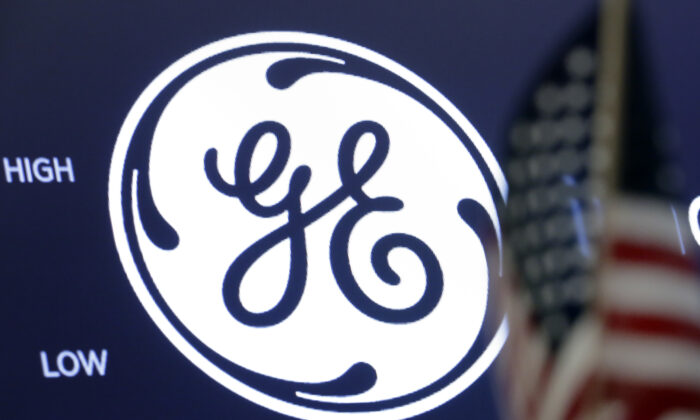 The General Electric logo appears above a trading post on the floor of the New York Stock Exchange in New York City, on June 28, 2018. (Richard Drew/AP Photo)
Companies

GE to Split Into 3 Companies Focused on Aviation, Healthcare, Energy

General Electric has announced it is splitting into three public companies that will concentrate on aviation, healthcare, and energy.

In a Nov. 9 press release (pdf), the company said it plans to spin off GE Aviation, GE Healthcare, and the combined GE Renewable Energy, GE Power, and GE Digital into three separate “industry-leading, investment-grade public companies” in order “to realize the full potential of each business.”

The healthcare business is set to launch in early 2023, with GE taking a 19.9 percent stake in the tax-free spin-off. GE Renewable Energy, GE Power, and GE Digital will first be combined into a single entity and, in 2024, transformed into a tax-free spin-off, leaving GE to continue operations in the form of an “aviation-focused company shaping the future of flight.”

“By creating three industry-leading, global public companies, each can benefit from greater focus, tailored capital allocation, and strategic flexibility to drive long-term growth and value for customers, investors, and employees,” Culp said in a statement.

Peter Arduini will serve as president and CEO of GE Healthcare effective Jan. 1, 2022. Scott Strazik will become CEO of the combined renewable energy, power, and digital business. Culp will serve as non-executive chairman of the healthcare company and will lead the aviation business along with John Slattery, who will remain its CEO.

“We have a responsibility to move with speed to shape the future of flight, deliver precision health, and lead the energy transition,” Culp said. “The momentum we have built puts us in a position of strength to take this exciting next step in GE’s transformation and realize the full potential of each of our businesses.”

GE said in the announcement that it expects operational costs of around $2 billion and tax costs of less than $500 million related to the split, which is subject to final approval by the GE board and other customary conditions, including filings with the U.S. Securities and Exchange Commission.

hmm, not exactly…how about The Boston-based company, which was founded in 1892, also said in the announcement that it expects to reduce its debt by more than $75 billion by the end of the year and deliver free cash flow margins in the high single-digits in percent terms in 2023.

GE shares were up more than 15 percent in pre-market trading.