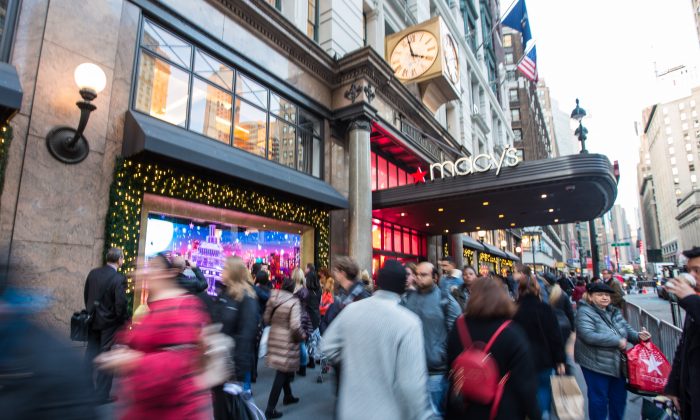 The U.S. economy may have a blockbuster start to the year, thanks to tax reform. According to some economists, the tax reform could spark higher consumer spending and capital investments.

U.S. gross domestic product (GDP) is expected to surge to 4.0 percent in the first quarter, according to the latest forecast from the Atlanta Federal Reserve. If the forecast holds, it will be the best quarter since the third quarter of 2014.

The economy ramped up last year and hit the administration’s 3 percent growth target in the second and third quarters of 2017. But then it slid to 2.6 percent in the last quarter.

Economists’ explanation for the sudden increase in the first quarter forecast was strong manufacturing and construction spending data.

The ISM Manufacturing Index was little changed at 59.1 percent in January, beating expectations. The manufacturing index monitors employment, production, inventories, new orders and supplier deliveries. And an index reading above 50 is a sign of expansion in the economy.

Factories are having trouble keeping up with demand as the capital expenditure lead times increased 8 percent in January to 150 days, the longest since 1996, according to a Bloomberg report.

Separately, the Commerce Department announced that construction spending rose more than expected reaching an all-time high of $1.25 trillion in December.

Stephen Moore, an economist at The Heritage Foundation and former economic adviser to Trump’s 2016 presidential campaign, predicts that economic growth in the first half of this year will be very strong.

“Economist Arthur Laffer has found that some firms delayed capital and construction projects to Jan. 1 to take advantage of the lower tax rates on profits and the immediate expensing of capital purchases beginning in 2018,” he wrote in a Jan. 31 article for The Hill.

“If Laffer is right, then the growth that would have happened in late 2017 has been shifted into 2018,” he stated. “Expect a blockbuster first half of the year.”

“I think it’s possible you’re going to hit 4 percent some time this year,” Dimon said in an interview with CNBC at the World Economic Forum in Davos, Switzerland.

Updated Feb. 7 to reflect revised forecast by the Atlanta Fed.