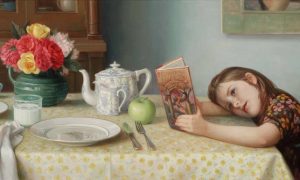 Walking a Thin Line in Gaza

JERUSALEM—As the Israeli Defense Forces (IDF) seek to destroy the ability of Hamas to visit terror on Israeli civilians, Israelis are struggling with the legal questions raised by the invasion of the Gaza Strip.

As the fighting goes on in the Gaza Strip, more and more reports are flowing in of families and children killed as a result of gunplay between the IDF and the Islamic terrorist organization Hamas.

The media have brought into prime time horrific images of body parts, helping create international pressure on Israel to end its operation in Gaza. Some Israeli leaders have stated that they will not support a humanitarian disaster in the Gaza strip.

Yet, it is almost impossible to run a war in an urban zone without having civilian casualties. The most accurate airplanes or canons are not always accurate enough to avoid hurting innocent people.

The Palestinian terror is a breach of the international law and a crime against humanity, explained the lawyer Avi Bossel of the Jerusalem Center for Public Affairs (JCPA): “The Palestinian attacks on the cities of Israel from within Gaza breach the most fundamental principle of humanitarian international law, which is ‘the principle of severance’ [between soldiers and civilians].”

The firing of missiles on Israeli cities is by definition an act of terror, he added, and all parties involved should be legally held responsible for their actions.

Michael Sfard, a lawyer specializing in international law and human rights who has opposed Israeli occupation of Palestinian territory, said: “This situation in the area, in which the Hamas attacks Israeli civilians, definitely provides the legal right—or even obligation—to use force to end this attack, according to the international law.”

However, Sfard explained that even in a justified war, there is always the question of the goals and scope of the operation. “There is a very important question: is the force being used excessive or not? Is it meant only to serve the purpose of stopping the Hamas from attacking, or is it meant to overthrow the Hamas government in Gaza?

“If that is the case—then it is not a legitimate goal. Israel has no right to use force to overthrow the government of another entity just because it doesn’t like it,” Sfard said.

Sfard says that he suspects that IDF has aimed at illegal targets like power stations or other civilian systems. He also referred to the reported bombing of a policeman’s course in Gaza. "IDF is only allowed to aim at fighters," he explains.

Battling in civilian territories raises legal issues. Hamas soldiers are hiding among civilians, thus breaking international law. In doing so, IDF forces may claim the right to operate in urban zones as well.

However, Professor Yafa Zilbershatz of Bar-Ilan University, an expert on legal issues in war, explained that there is a question of appropriateness and proportional response in the international law.

Zilbershatz gave for example a case in which IDF has bombarded the home of a wanted Hamas leader and his wives. In such a case the attack was justified, she explained.

On the other hand, if the same terrorist was hiding in a crowded schoolyard, it would be much less appropriate to attack. “There are of course other, more ‘gray area’ cases, and the decision should be according to the moral standard of the commanders,” she said.

Palestinians have reported on Tuesday that IDF bombed a school of the United Nations Relief and Works Agency in the Gaza Strip in which many families were sheltering. According to Palestinian reports, 30 to 40 have died as a result. The IDF has said that mortar shells were fired from that school at IDF forces.

Sfard explained that hiding behind human shields is considered a war crime according to the international law. “If they get caught, they do not deserve the status of prisoners of war, and should be tried for their crimes.”

“When soldiers are hiding among civilian groups, the challenges for those fighting against them are much greater. There are cases in which even if civilians would be hit, it is still legitimate to attack. If the soldiers are hiding among civilians and fire from there—there is no doubt it is allowed to fire back in self defense. But targeting dozens or hundreds of civilians is absolutely forbidden," said Sfard.

Who Will Take Care of the Civilians?

Part of the difficulties the war in Gaza poses on the civilian population is lack of access to medical drugs and services. During war, families cannot access hospitals, and cannot always call for help in case of an emergency, as result of electrical and communication breakdowns.

The fourth Geneva Convention obligates the occupying country to take care of the health and medical treatment of the occupied population. Many who criticize Israel and its operations in Gaza use this clause and others to criticize Israel.

“We’re talking about an unbearable situation,” Sfard commented on the hardships civilians go through during war. “Civilians are the real sufferers of war. The international law is meant for preventing civilian casualties, but here we can see civilians are the main casualties of the attacks. The fact that the health system cannot support civilians is a dreadful thing.”

“The supreme court has ruled already that IDF must allow the transfer of basic humanitarian supplies, such as drugs and food,” Safrad added.

“If a family doesn’t have access to those things, and the IDF can physically allow for their transfer [but doesn’t], it is a breach of the international law. We know that the IDF has this option because it governs the passageways. [IDF] is not supposed to bring it to families, but rather should allow access for humanitarian organizations.”

As for the legitimacy of the IDF attacks during the current Cast Lead operation, Sfard says that we should wait to receive reliable information from human rights organizations, international bodies, and aid organizations.

As for the Hamas, Sfrad says: “The Hamas systematically aim their weapons at civilians, and it is not merely a crime of war—it is also a crime against humanity.”