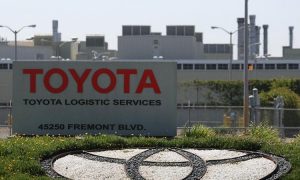 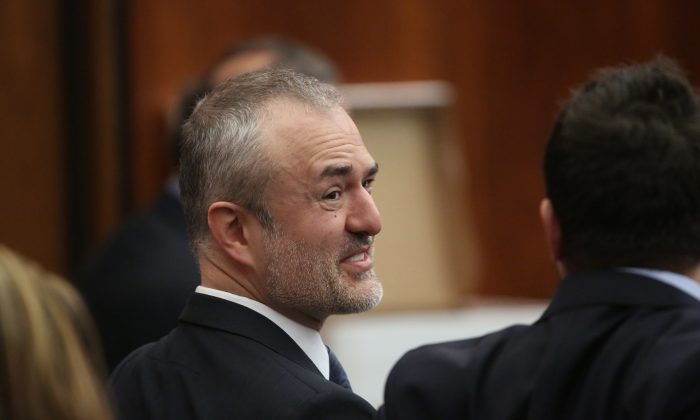 Nick Denton, founder of Gawker, talks with his legal team before Terry Bollea, aka Hulk Hogan, testifies in court during his trial against Gawker Media at the Pinellas County Courthouse on March 8, 2016 in St Petersburg, Florida. (Photo by John Pendygraft-Pool/Getty Images)
Business & Economy

Gawker Media has hired an investment banker to explore the company’s options, including a potential sale, it was reported on May 26.

The online media company is currently under turmoil after losing an expensive lawsuit.

Gawker lost a $140 million invasion-of-privacy suit against wrestler Hulk Hogan 2 months ago. The company was taken to court after it posted a sex tape of Hogan online.

It was recently revealed that billionaire Peter Thiel, co-founder of PayPal, was behind the lawsuit.

Thiel admitted to The New York Times in an interview that he has bankrolled lawyers to mount cases against Gawker because one of the media company’s blogs published a story in 2007 that said he was gay.

“It’s less about revenge and more about specific deterrence,” Thiel told the Times.

“I saw Gawker pioneer a unique and incredibly damaging way of getting attention by bullying people even when there was no connection with the public interest,” he added.

The article was posted on Valleywag, a gossip site, which is now inactive.

Thiel said Gawker also wrote other stories that he considered critical of his friends and others.

He said the stories produced by Gawker were “very painful and paralyzing for people who were targeted. … I thought it was worth fighting back.”

Meanwhile, the media company said it expects to win an appeal against Hogan, and that it’s always said it was exploring contingency plans.

Gawker said it “recently” hired, Mark Patricof of Houlihan Lokey, but did not disclose when exactly.

The Wall Street Journal and the New York Post reported that Gawker was interested in a sale.

The company has not revealed whether or not it can afford the $140 million Hogan verdict.

During the trial, the wrestler’s lawyer said Gawker Media’s gross revenue in 2015 was $48.7 million. Lawyers said the company was worth $83 million.