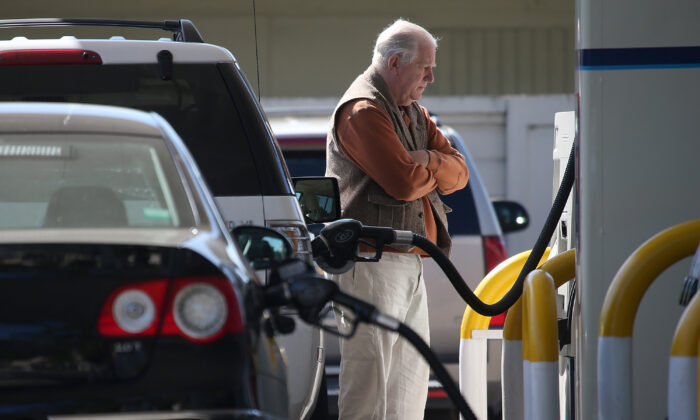 Gasoline Prices Drift Down 9 Cents In Past Month, Still Up $1.16 Over Year

Gasoline prices continued their seasonal downward drift on Dec. 14, falling two and a half cents per gallon compared to a week earlier and down nine cents from a month ago, though they remain up $1.16 compared to a year ago as experts wonder if the falling trend can last amid oil price uncertainty.

According to the Energy Information Administration (EIA), U.S. regular gasoline retail prices averaged $3.39 per gallon in November, which was the highest monthly average since September 2014.

“Gas prices tend to fall a bit this time of year due to the shorter days and less robust demand,” Andrew Gross, AAA spokesperson, said in a statement. “And this trend was assisted by the recent steep drop in oil prices due to fears over the omicron variant. But the variant’s impact on pricing appears to be fading, so it remains to be seen if oil prices stabilize or move higher.”

Omicron headlines several weeks ago sparked fears of renewed lockdowns, sending crude prices tumbling over 11 percent on Nov. 26, one of the biggest ever one-day plunges. Oil prices have since recovered some of those losses, with WTI trading at around $72 a barrel and Brent at around $74 a barrel at the time of reporting, though they remain well below recent highs of around $85 a barrel in late October.

GasBuddy head petroleum analyst Patrick De Haan on Twitter noted week-over-week drops in gasoline demand of between 2.2 percent and 4.7 percent in all five of the nation’s PADD districts. He said he expects retail gas prices to fall below $3.30 per gallon in the next 72 hours.

Tom Kloza, global head of energy analysis at the Oil Price Information Service (OPIS) at IHS Markit said in a Twitter post that he expects drivers will see some further drops in gasoline prices through the beginning of January.

Surging gasoline prices have posed a political problem for the Biden administration, with Republicans criticizing Biden for relying on OPEC to boost supply to cool prices at the pump, rather than boosting domestic oil production.