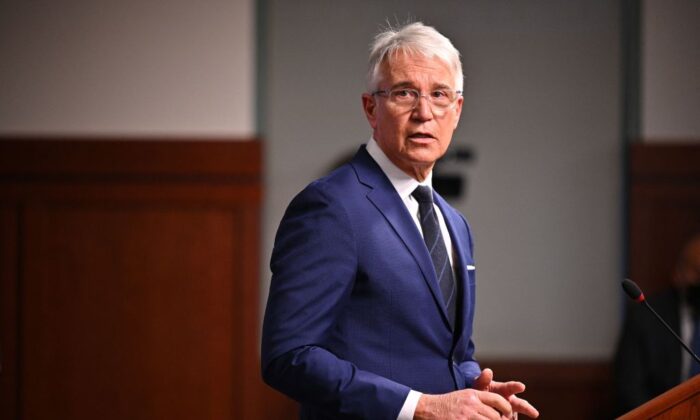 Despite Los Angeles’ worsening crime problem, the effort to oust District Attorney George Gascón, the architect of the soft-on-crime polices that are causing it, has failed. Incredibly, organizers collected over 700,000 signatures, yet came up 46,000 short of the number necessary to put the recall on the November ballot.

This is the second time that Los Angeles organizers failed to get enough signatures. After failing the first time, it was expected they would certainly manage to get enough the second time. Meanwhile, the crime problem has only worsened. Furthermore, they had the benefit of the June headlines from San Francisco of the recall of Boudin. The two are of the same ilk. Gascón was his predecessor, and both are George Soros darlings. Yet Angelenos were still not moved to action.

What will it take before Angelenos wake up? They are like addicts, addicted to progressive, woke politicians, who need to hit rock bottom before getting better. Los Angeles is getting close to that bottom.

Homicides are now at a 15-year high. Auto thefts were up 59 percent from 2019 to 2021. Burglaries are so prevalent that the police recently issued a “Area Safety Bulletin” about “violent street robberies” by local gangs. The bulletin warns of a rash of robberies whereby residents are targeted based upon their car, with the target being expensive watches, jewelry, and purses.

The increase in crime is palpable. It is no longer about statistics. Most Angelenos, including me, have been or know someone who has been a recent crime victim.

Gascón, more than any other single person, is responsible. He took office on the first of last year. While the San Francisco District Attorney, he masterminded Prop. 47, which converted a host of crimes from felony to misdemeanor in California. Steal less than $950 and you face only misdemeanor charges. Oh, and his office did not prosecute 60 percent of misdemeanor crimes it was presented! The result? The city saw a 49 percent increase in property crimes. He also effectively ended the requirement of cash bail in San Francisco, making it easy for those charged with crimes to remain on the street and commit more crimes.

Upon being elected L.A. District Attorney, thanks to $2.25 million from Soros, he immediately announced that he would not seek cash bail for numerous offenses and would release those currently awaiting such bail. He also said he would never seek the death penalty (despite it being the law in California) and would end charging juveniles as adults. He also announced he would reevaluate all sentences of prisoners having served over 20 years. And, of course, continue his policy of ignoring smaller crimes.

As a result, more criminals are on Los Angeles’s streets than ever. And they have little fear of being arrested since they know they will immediately be released.

Not only is the recall not going to be on the November ballot, it appears that change is also likely not to come through the mayor’s race. The tough-on-crime candidate, real estate developer Rick Caruso, supported the recall. He wants to expand the police department. His opponent, community organizer Congresswoman Karen Bass, opposed the recall and does not want to expand the department. Gascón was at her campaign kickoff event.

Bass beat Caruso by seven points in the open primary. With a Gascón recall on the ballot, it was expected that Caruso would do better in the November general election. Without that, it looks more like Bass will win, and L.A. will hit rock bottom sooner than residents think.