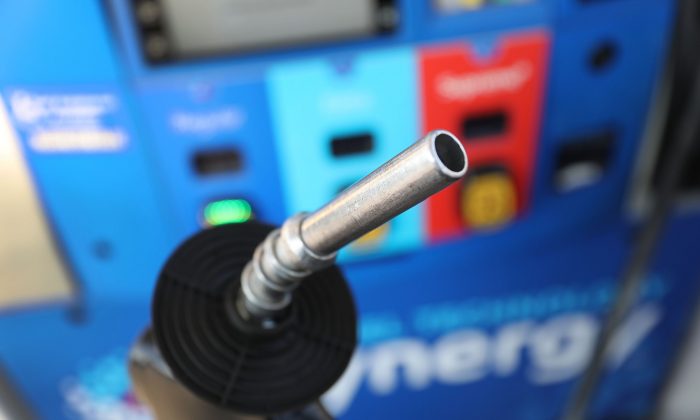 Gas prices have surged to a new seven-year high and while some experts predict they’ll come down soon, others expect more pain at the pump if crude oil prices rise.

For the week of Aug. 2, the national average for a gallon of regular gasoline rose by a little over two cents compared to the prior week to $3.159, a seven-year high, according to the U.S. Energy Information Administration.

The American Automobile Association said it expects gas prices to remain elevated at least through the beginning of August.

“On average, motorists are paying 15 cents more to fill up since the beginning of May,” said Jeanette McGee, AAA spokesperson, in a statement. “August could prove to be even more expensive if crude oil prices increase, driven by market concerns of rising COVID case numbers and how that could negatively affect global demand in the near future.”

Oil prices rose more than 1 percent on Thursday on increasing Middle East tensions, though gains were capped as fresh restrictions to counter a surge in COVID-19 cases threatened the global energy demand recovery.

GasBuddy head petroleum analyst Patrick De Haan told Fox Business in an interview that he believes gas prices are “close to a peak,” adding that he expects to see the top come in within a week or two as the vacation season trails off.

“We should then see prices start to taper off as demand cools off as we head back into routines from summer vacations,” De Haan told the outlet.

In a tweet, De Haan said he expects a further cooling in gasoline demand as some companies postpone plans to resume in-office work due to a resurge in cases of COVID-19, the disease caused by the CCP (Chinese Communist Party) virus.

“Given today’s disclosure that Amazon is joining others in delaying a return to office, I see additional downside to #gasprices. It’s clear with Delta surging that gasoline demand will fall off heading into fall,” de Haan said in the tweet.

The Centers for Disease Control and Prevention (CDC) considers the Delta variant of the CCP virus to be more transmissible and potentially more resistant to vaccines.