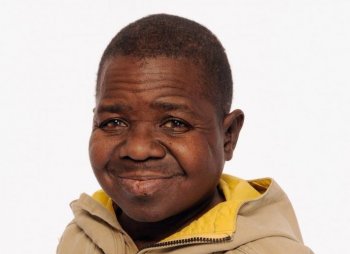 Gary Coleman Passes On at 42

By James Bishop
Print
Gary Coleman, known for his iconic role as Arnold on popular 80’s sitcom "Different Strokes," died Friday afternoon in a Utah hospital. He was 42.

Gary Coleman made multiple trips to the hospital this year before his untimely death. Coleman was admitted to the intensive care unit in a hospital near his home on May 26, following a head injury that led to a coma. Coleman’s brother-in law-made a statement later that day to TMZ, announcing that Coleman was receiving medical attention for a serious head injury.

"Family members express their appreciation and gratitude for the support and prayers that have been expressed for Gary and for them," hospital medical representative Janet Frank told CBS.

Coleman died from a brain hemorrhage at the Utah Valley Regional Medical Center at 12:05 pm. His wife Shannon Price and her father were reportedly at his side. His life support was disconnected after doctors deemed him to be beyond their help. No information has been given regarding the source of the injury. Coleman had a history of seizures in the past.

Coleman was known in the entertainment world for his short stature stemming from a kidney disease known as Focal Segmental Glomerulosclerosis (FSGS). The condition created scar tissue on his kidneys, and stunted his growth as a child.

As an actor Coleman gained most of his television success during his six seasons on "Different Strokes." Coleman’s character Arnold was adopted by a rich family along with a sibling. The character was known for his catch phrase, “Whatcha you talkin 'bout, Willis?”

Coleman had other small roles on shows like The Jeffersons, The Little Rascals, and Good Times as well.

Most of Coleman’s recent media attention revolved around some problems with his wife Shannon Price who has shied away from the press recently. The couple appeared on Divorce Court in 2008 but stayed together until his death. The couple was known for arguments that attracted the Utah police, with both of them receiving domestic disturbance tickets.