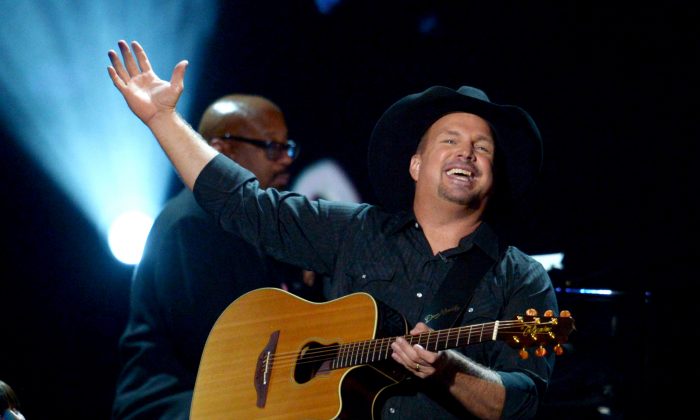 Longtime singer Garth Brooks has explained why he decided not to perform at Donald Trump’s Inauguration.

In an interview on Facebook Live, Brooks confirmed that he was invited to perform at the inauguration through Steve Wynn, a mutual friend of Trump and his.

“Steve is my brother, and I love him to death,” Brooks said. “So he approached me, and we (sat) down and talked about it. And we left it up to karma.”

Brooks explained that it led to a scheduling conflict.

“We said, ‘If Cincinnati goes two weekends instead of one, then of course we’re out.’ Sure enough, Cincinnati did five shows, two weekends and backed us up into there. So we got knocked out of (the inauguration),” he said.

US Marine Band to Rehearse for Inaugural Parade

During the video, he called for unity.

“I’m gonna tell you, with this whole presidential thing: we’ve got one going out. Pray for him and his family. And for the president going in, pray for him and his family to guide this nation. Let’s stay together. Love, unity, that’s what it’s all about. In the immortal words of Martin Luther King, the most durable power that we’ve known is love. It will always be that way. Again, (I) can’t thank the Obamas enough for serving this country, and may God hold Trump’s hand in the decisions that he makes in this country’s name as well,” he said.