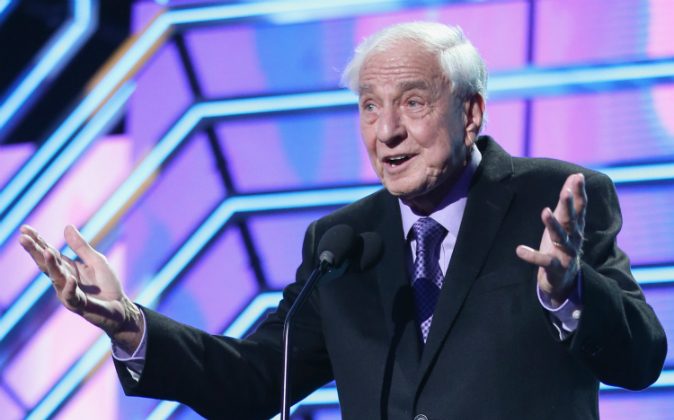 Garry Marshall, writer and director of box office hits “Pretty Woman” and “Runaway Bride,” passed away on July 19. He was 81.

Marshall died at 5 p.m. of complications from pneumonia after suffering a stroke, according to publicist Michelle Bega in a released statement. He was in a Burbank, California, hospital.

Born in the Bronx, NY in 1934, Marshall earned a journalism degree from Northwestern University and wrote for the New York Daily News before he was attracted by the entertainment industry.

Marshall began his career writing jokes for comedians Joey Bishop and Phil Foster and subsequently became a writer for “Tonight Starring Jack Paar,” “The Dick Van Dyke Show,” and “The Lucy Show.” Along with his writing partner Jerry Belson, the pair collaborated on the screenwriting for “How Sweet It Is!” in 1967 and “The Grasshoppers” in 1970.

The conversion of 1970 Broadway show “The Odd Couple” into a sitcom marked the beginning of a TV sitcom enterprise for Marshall, who served as producer. The sitcom starring Jack Klugman and Tony Randall aired for five seasons.

Celebrities paid tribute to the Hollywood star in statements and tweets.

In a statement to The Hollywood Reporter, Richard Gere said: “Garry, of course, was one of those truly important people one is blessed to meet in one’s lifetime. Besides being the pulse and life force of ‘Pretty Woman‘… a steady helmsman on a ship that could have easily capsized. Everyone loved Garry. He was a mentor and a cheerleader and one of the funniest men who ever lived. He had a heart of the purest gold and a soul full of mischief. He was Garry.”

Julie Andrews, also in a statement to THR stated, “I’m devastated to hear of Garry’s passing. He was a dear friend and colleague … generous to a fault. My heart goes out to Barbara and the entire family. We shall miss him.”

GARRY MARSHALL Rest In Peace .. Thank you for my professional life. Thank you for your loyalty , friendship and generosity,” tweeted Henry Winkler. Winkler played Fonzie on “Happy Days.”

Winkler also tweeted, “Larger than life, funnier than most , wise and the definition of friend.”

Actor Rob Lowe tweeted, “Garry Marshall hired me at 15 years old. He gave my wife her start at 18, as a makeup artist. He changed our lives. And MANY others. #love.”

Ashton Kutcher tweeted, “I lost a friend & mentor. We lost a beautiful man & masterful story teller. Gary Marshall I love you. I hope I get to go where you are.”

“I was blessed to have worked with Garry Marshall. Not only was he a wonderful director, but also, he was a gentle, loving, kind man. #RIP,” tweeted Alyssa Milano.

“Garry Marshall, without you there’d be no me. My heart is aching. #Mentor #Godfather #Dearfriend,” tweeted Stamos.

Saget wrote, “The world has lost a great man, a comedy icon and a wonderful friend. Rest in peace Garry Marshall.”

Marshall is survived by his wife, Barbara, and the couple’s three children, Lori, Kathleen, and Scott.

Bega said funeral services will be private, but a public memorial will be held on Marshall’s birthday, Nov. 13.