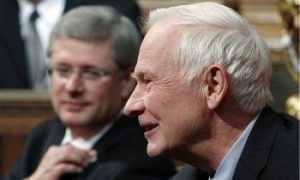 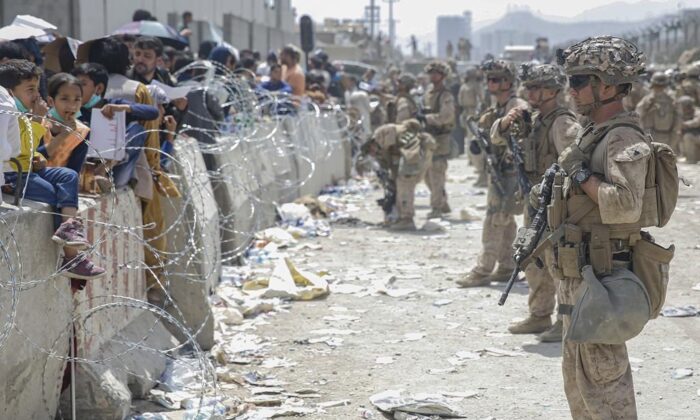 Canada’s military mission in Afghanistan ended that day, leaving an unknown number of Canadians and their families trapped, as well as vulnerable Afghans who fear Taliban reprisals.

The Canadian withdrawal was followed by an attack on Kabul airport that killed 13 American troops and dozens of Afghans trying to flee, deaths that President Joe Biden is vowing to avenge.

Garneau says today that the Americans managed to airlift “about 500 of our people if I can put it that way” and says Canada had been doing the same as part of a “group effort” before its C-17 transport planes were withdrawn earlier Thursday.

Canada’s military mission was ended as part of a staged withdrawal plan by the United States to leave by an Aug. 31 deadline. The U.S. was leading the 13-country airlift, and is responsible for the security at the airport.

Garneau says Afghanistan’s neighbouring countries are in talks with the Taliban to reopen the Kabul airport to keep humanitarian aid flowing and to allow people to travel in and out.

Garneau stressed nobody knows if or when that will occur, but the Taliban is being told it is in the best interest of the country to have a functioning airport.

Prime Minister Justin Trudeau said the speed at which the Taliban took control of Afghanistan was a surprise to him and other world leaders.

He says Canada remains committed to getting Canadians still trapped there out of the country and following through on a pledge to resettle thousands of Afghan refugees.

Trudeau said Canada and its allies did everything they could to get as many people out of Afghanistan in recent weeks on a massive military airlift from an airport that was secured by the Americans.

The Taliban stormed across the country and regained power in Afghanistan earlier this month, as the country’s military, trained by Canada and its allies, collapsed.

“I think politicians and leaders around the world, I think Afghans themselves, were surprised at just how fast the Taliban were able to take over in Afghanistan,” Trudeau said Friday.