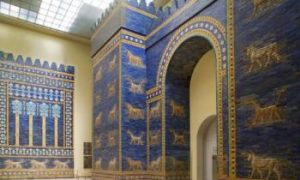 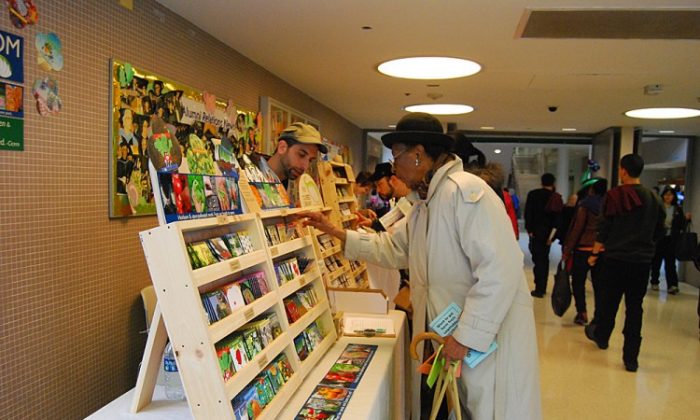 Grow NYC gives out seeds at the 28th Annual GreenThumb GrowTogether convention on Saturday in the Hostos Community College in the Bronx. (Catherine Yang/The Epoch Times)
US

NEW YORK—Gardeners from all five boroughs swapped seeds, stories, and gardening tips at the 28th Annual GreenThumb GrowTogether at Hostos Community College in the Bronx on Saturday. About 1,200 community gardeners and greening professionals led and attended over 50 workshops, from gardening how-tos and grant-writing workshops to environmental film screenings.

“Everyone at GreenThumb is a doer,” said Helen Ho of crowd-funding resource nonprofit ioby. “They’re all neighborhood community members, they’re all involved in their community gardens, they’re all activists on their blocks, and so everyone here that we’ve been talking to is interested in getting more money [for their gardens and projects].”

Louise Bruce started a neighborhood composting project in Parkville where now 200 families drop off their food scraps and the compost is used for local public projects.

“There was a vacant corner lot that had great sun and I was just completely enamored with the plot and so I contacted the owner and pitched the idea,” Bruce said.

“I come from Russia, we used to garden all the time; it’s part of the Russian culture, but here it’s sort of just starting now,” said Anya Pozdeeva, a gardener and teacher. “It’s a food crisis, basically. We want to see more local food and more high quality food.”

Pozdeeva plants in her community garden in the Bronx, as well as parks around New York City as a part of different gardening groups. “[We’re] trying to give people a good example, of how easy it is to put seeds in the ground, and it grows, and it gives us food.”

Ken Green, from the Hudson Valley Seed Library, said with the awareness of eating locally on the rise, more and more people are trying to grow their own gardens.

“We’re the only company dedicated to being a local seed company for New York state and the Northeast,” Green said. Members can check out seeds, plant them, and return some seeds from those plants to create more regionally adapted seeds for the New York area.

Gardening is good for you beyond produce and environmental benefits, according to Dr. Emily Allison-Francis, author of “The Vitamin D Deficiency Epidemic.” Francis said according to her research, races across the board tend to suffer from Vitamin D deficiency, but African-Americans in particular. Health recommendations state adults should get 10-20 minutes of sun, daily, for the required amount of Vitamin D, but because of the melanin difference for people with darker skin, Francis said they should really be getting two to three hours a day.

The education wasn’t limited to current gardeners. Many groups and schools were interested in gardening as well.

“Our goal is to have a garden growing in every school in the city,” said Kasey Boyer of Grow to Learn NYC. New York City currently has about 1,600 K-12 public and charter schools. “It’s ambitious but we’ll get there. There’s definitely a need for schools to have [gardens.]”