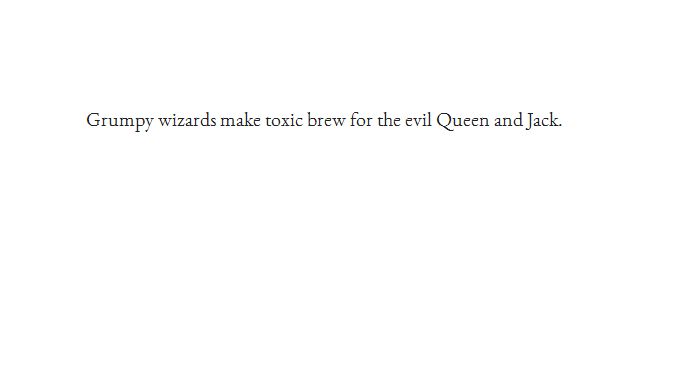 This is the Garamond font. (Screenshot/Google)
US

The Garamond font could save the U.S. government $400 million, according to reports on Friday.

A 14-year-old from Dorseyville Middle School in Pittsburgh named Suvir Mirchandani was doing research as part of a science fair project about environmental sustainability.

He looked at how to minimize the use of ink and paper and discovered that ink is very expensive–especially in large amounts. “Ink is two times more expensive than French perfume by volume,” he told CNN.

Chanel No. 5 perfume costs about $38 per ounce, which is about the same as Hewlett-Packard printer ink.

Suvir then looked at the most-used letters in the alphabet, which are e, t, a, o and r.

He found that Garamond used the least amount of ink of the four. Suvir published his findings in the Journal for Emerging Investigators (JEI), and it was noticed by a founder of the organization.

Sarah Fankhauser told CNN: “We were so impressed. We really could really see the real-world application in Suvir’s paper.”

He found that if the government used Garamond exclusively, it could save $136 million per year, and another $234 million could be saved per year if state government adopted it.

“They can’t convert everything to a digital format; not everyone is able to access information online. Some things still have to be printed,” Suvir said of the government’s project to transfer everything from a paper to digital format.

“I recognize it’s difficult to change someone’s behavior,” he added. “I definitely would love to see some actual changes and I’d be happy to go as far as possible to make that change possible.”