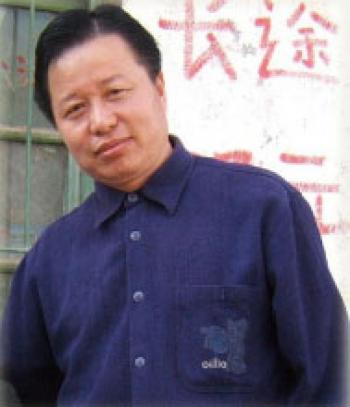 The whereabouts of prominent human rights lawyer Gao Zhisheng remain a concern to his wife, Geng He. (The Epoch Times)
China

As President Obama visits China November 15 for the first time since taking office, many hope he will raise human rights issues with President Hu. Geng He, the wife of prominent human rights lawyer Gao Zhisheng, is one of those people.

Geng He is now safe in the U.S. with her two children, following a difficult journey of escape from China through Hong Kong and Thailand. Gao, however, has not been seen or heard from since his abduction by regime security agents over nine months ago.

In a letter to President Obama, Geng He expressed her gratitude to the U.S. government for accepting her and her children. She also wrote about how much she and the children have missed and worried about Gao since his disappearance.

Geng and her children have reason to worry. Mr. Gao was abducted after publishing a personal account of how he was brutally tortured by the regime in 2007. The family had also personally experienced the trauma of police surveillance from 2006–early 2009.

Geng said she does not expect the Communist regime to respect human rights or treat Mr. Gao fairly. She only hopes to know his current condition and location, neither of which have been disclosed.

Mr. Gao became known as the “conscience of China” for his unrelenting courage in championing human rights issues through his law practice. He first offended the Communist regime in 2003 by representing victims of police abuse, official corruption, and religious persecution.

In 2005, he wrote three open letters to President Hu Jintao and Premier Wen Jiabao, urging authorities to stop suppressing freedom of belief. For this, he was imprisoned for three years, suspended for five years, and deprived of political rights for one year.

In 2006, Gao, his wife, and his two children were placed under house arrest.

This is the hope that Geng He and many others share.

Kenneth Roth, executive Director of Human Rights Watch, wrote in a letter released Nov. 9: "President Obama has spoken forcefully about the importance of defending human rights globally in speeches in Egypt, Ghana, Turkey, and at the United Nations," and "The test now is whether he will do so in a country where the government remains profoundly hostile to these concepts."