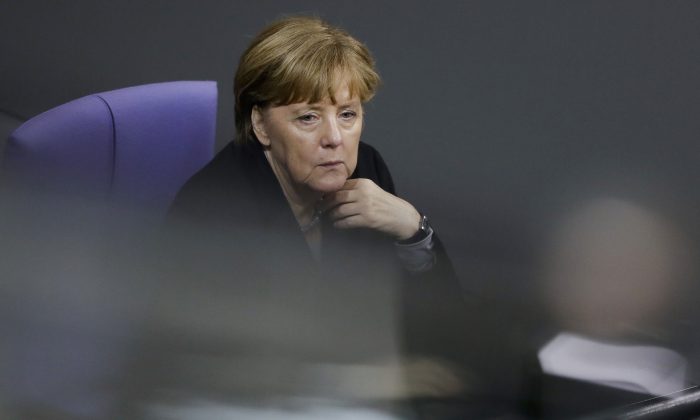 Two new gang attacks in Germany over the weekend has heightened tensions between residents and migrants as it’s been revealed that authorities elsewhere in Europe have resorted to handing out cartoons in an attempt to battle sex attacks.

The first sex attacks took place at the Johannisbad baths in Zwickau, Saxony.

Allegations against migrant bathers emerged after an internal letter between the chief clerk of the city’s town hall and his department head was published in the German tabloid Bild.

“An asylum seeker has masturbated in the hot tub and ejaculated into the basin. This is also recorded on the surveillance camera,” he wrote.

Lifeguards attempted to kick the migrants out but they returned and took selfies of themselves in the baths.

And at another swimming facility in the town, Kallweit said a group of young women and children “contaminated the pool by getting rid of the contents of their intestines.”

The day prior, “eight foreign men … in the sauna” harassed locals. “The lifeguards have to protect women and girls from the asylum seekers. Young men wanted to forcibly penetrate the female changing room,” he wrote.

Also in Germany, the club White Rabbit has dealt with an attack by African men on females by banning migrants for the foreseeable future.

Reports cited by the Express indicate that migrants were slipping date rape drugs into drinks and forcing themselves on women. There was also an attack on a bouncer, and a number of pickpocketing incidents.

Migrant men also forced their ways into women’s bathroom stalls, and harassed women at the door.

“It was like running the gauntlet,” said Annika, one club-goer, of pushing her way out of the club through a group of men on the steps.

White Rabbit management told local newspaper Badische Zeitung that only people with a club card can enter the club now, and they won’t be issuing them to migrants.

The reports come after it was revealed authorities in Lucerne, Switzerland, printed pamphlets aimed at migrants which give advice such as assaulting women is wrong, while couples kissing in public is allowed.

“After the attacks in Germany on New Year’s Eve, we received quite a few reactions. The concerns have been made, on the one hand, personally to social director Guido Graf, on the other hand we also received many e-mails from the general population,” spokeswoman Silvia Bolliger told the Express.

“These were mostly from the right of the political spectrum. That is why it is important that this is a preventative measure. We currently have no problems with asylum seekers.”

“We want to show that there is zero tolerance for sexual harassment. The tenor will be: ‘When you get here, you have to abide by our rules,'” Bolliger added.

The leaflets were based on a behavior guide issues by Austrian authorities earlier this month. Bollinger said other cantons have been in touch wanting to copy the pamphlet.