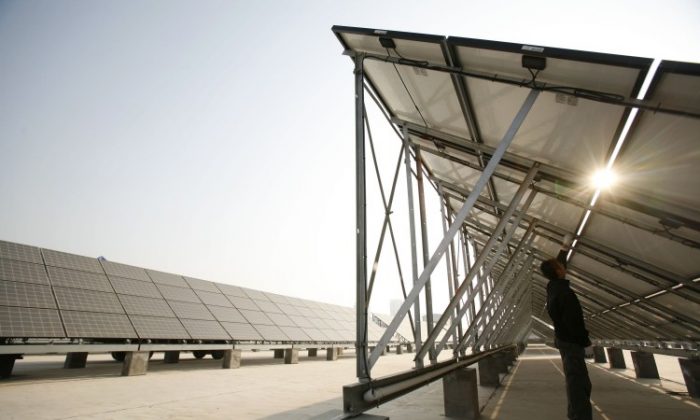 Game Over for China’s Photovoltaic Manufacturers

What was always rumored is now official. Chinese producers of photovoltaic (PV) products, such as solar cells, used unfair businesses practices to conquer U.S. and European markets. They are now facing stiff fines and penalties.

Both the U.S. Department of Commerce (DoC) and the International Trade Commission (ITC) decided to impose anti-dumping and anti-subsidy penalties on imports of Chinese PV products, on Oct, 10 and Nov. 7 respectively. On Nov. 8 the European Commission (EC) also launched an anti-subsidy investigation regarding Chinese PV products following its confirmed anti-dumping investigation on Sept. 6. These actions have put the pressure on Chinese PV manufacturers who are heavily dependent on these two export markets.

According to the Coalition for American Solar Manufacturing (CASM), on Dec. 7 the DoC issued the orders to activate final anti-subsidy and anti-dumping duty rates ranging from 24 to 255 percent on imports of Chinese solar products since last spring. Moreover, any future Chinese imports entering the United States will be subject to reviews that could result in higher duty rates for those imports.

It was in October of 2011 when the U.S. and European PV companies decided that enough is enough. Over the last years they had to compete against Chinese companies selling their products below cost. As a result many European and U.S. companies had to close down. The remaining ones chose to appeal to regulators to stop the unfair practices.

On Oct 19, 2011, led by German-based SolarWorld AG, seven PV corporations in the United States filed an anti-dumping and anti-subsidy petition with both the DoC and the ITC. The allegation: The Chinese government has been illegally subsidizing solar cell producers exporting to the United States at dumping prices. The companies hoped that the DoC will levy import tariffs on China’s underpriced solar products.

Both U.S. agencies work closely together in determining unfair business practices. The ITC is an independent, federal agency with broad investigative responsibilities on matters of trade. It determines whether imports are a threat to U.S. industries. The DoC on the other hand determines whether the alleged dumping or subsidizing is in fact taking place. If so, the DoC also determines the actual penalty. Only if both the DoC and ITC reach affirmative final determinations on their individual cases, will the DoC levy a penalty on imported products.

Elsewhere in Europe, EU ProSun, an alliance of European PV firms, has separately filed anti-dumping and anti-subsidy complaints with the European Commission, the executive branch of the European Union (EU). Both complaints accuse Chinese PV manufacturers of destructive dumping and receiving illegal subsidies sponsored by the Chinese communist regime.

Solar photovoltaic conversion has become one of the most efficient and sustainable energy sources in the renewable energy market over the last decade. It directly converts solar energy into heat and electricity using PV cells that can be grouped into a PV module or a PV panel and applied on houses or large PV farms.

According to the International Energy Agency (IEA), a Paris-based inter-governmental body dealing with energy, solar PV was growing 50 percent on average over the past five years.

Much of that growth happened because of Chinese domestic and international expansion. In China, nothing much can happen without explicit or implicit blessing of the Chinese regime. In the case of solar, it was a very explicit policy that drove investment in the PV industry.

The Chinese regime viewed solar photovoltaic production as a promising industry with rapid scalability and production, and high profits. It could add to GDP growth and employment. This is why the regime greatly promoted the growth in the domestic PV market through business-oriented regulations and incentives. Banks, local governments and other financial agencies were ordered to heavily subsidize the solar industry with cheap loans.

In 2008, there were less than 100 PV enterprises. But by the end of 2011 there were more than 500 PV companies, a five-fold increase, according to Guangzhou-based business newspaper 21st Century Business Herald.

The paper reports that even companies in completely different trades entered the PV market. In the period between 2008 and 2009, attracted by lucrative profits, many firms such as clothing and cigarette lighter manufacturers started producing solar cells.

According to statistics by the National Photovoltaics Status Report 2012, all PV modules that were produced and delivered in China had a capacity of 21 Gigawatt (GW) in 2011. This is nearly two times larger than the 11.3 GW capacity of China’s 14 nuclear power reactors. It was up 141 percent from 2010 and accounted for 60 percent of global capacity.

On the surface, Chinese companies were doing well. Revenue of the PV industry was more than 300 billion yuan ($48 billion) and Chinese companies occupied five spots in the top 10 of global solar cell manufacturers, according to the report. However, the fast expansion of PV production capacity did not match domestic demand.

According to statistics of EU ProSun, in 2011, China reached a total PV production capacity of 45 GW but domestic consumption was only 2 GW. The production capacity spurred by massive subsidies and state incentives was over 20 times higher than actual demand for solar powered electricity. The only way out was exporting the surplus production.