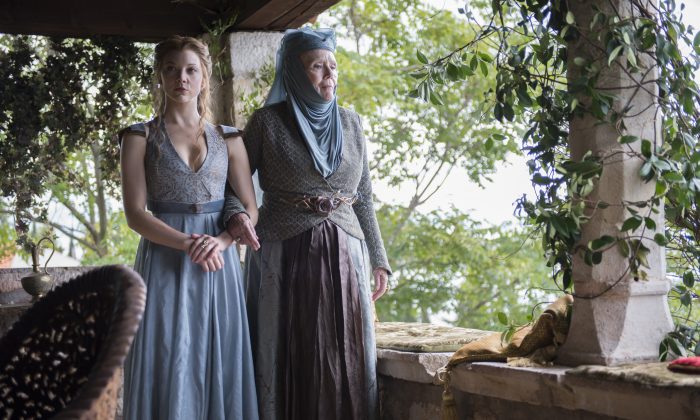 This image released by HBO shows Natalie Dormer, left, and Diana Rigg in a scene from "Game of Thrones." The fourth season premieres Sunday at 9p.m. EST on HBO. (AP Photo/HBO, Macall B. Polay)
Entertainment

“Game of Thrones” will return Sunday night at 9 p.m. on HBO, and a live stream can be viewed here.

This week series creator George R R Martin said that the sexual violence depicted in the show because it would be “dishonest” not to include them.

“Rape and violence have been a party of every war fought, from the ancient Sumerians to our present day,” he told the New York Times.

He added: “To omit them from a narrative centred on war and power would have been fundamentally false and dishonest, and would have undermined one of the themes in the books – that the true horrors of human history derive not from orcs and Dark Lords, but from ourselves.”

Martin said that he understands why the show’s writers have chosen to omit or change certain aspects of his book series, “A Song of Ice and Fire.”

“The graphic novels and television programmes are in the hands of others, who make their own artistic choices as to what sort of approach will work best in their respective mediums,” he told the paper