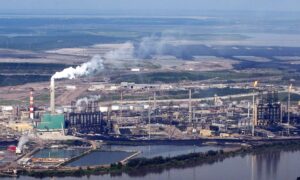 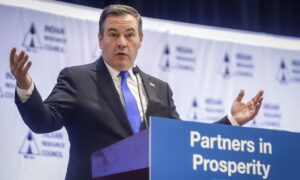 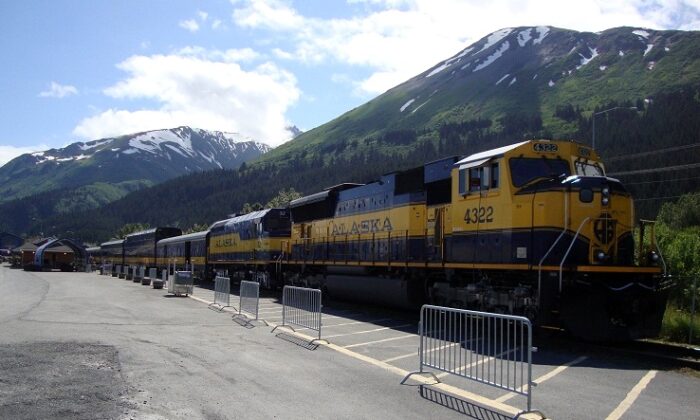 The Alaska Railroad passenger train idles at Seward, Alaska, in a file photo. When completed, the A2A Rail project will connect Alaska and Alberta and ship a variety of freight, and possibly passengers as well. (Public Domain)
Canada

‘Game Changer’: Stakeholders Welcome US Permit for Railway Between Alaska and Alberta

A 121-year-old idea of a freight rail project connecting Alaska and Alberta has received an important push from Washington promising a presidential permit to begin preliminary survey work on the proposed 2,570-kilometre route.

On Sept. 29, U.S. President Donald Trump officially gave the green light to the Alberta-to-Alaska railway project, which would run from Fort McMurray, Alberta, through the Northwest Territories and Yukon, and terminate at Delta Junction in Alaska.

The permit gives the Alaska-Alberta Railway Development Corporation (A2A Rail) permission to “construct, connect, operate, and maintain railway facilities at the international border of the United States and Canada.”

“When I started this project five years ago, I would tell anyone that ‘I can’t believe it hasn’t been done yet,’” A2A Rail founder and chair Sean McCoshen tells The Epoch Times.

McCoshen’s aim is to construct the first intercontinental passenger and cargo railway linking the 49th state to the continent’s rail network, and the issuance of the presidential permit will assist in moving the project forward. The railway would ship cargo such as grain, ore, oil, and other resources as well as containerized goods and possibly even passengers.

“We’ve gone through the pre-feasibility study. We are a bulk commodities shipper, a general cargo shipper, and we also offer passenger rail service, so we have a number of revenue sources,” McCoshen says of the $22 billion project.

Alaska has enjoyed international rail of a sort—the White Pass and Yukon Route—since the Klondike Gold Rush in 1898, but it’s an isolated track, unconnected to any other railroad. Sightseers can still take its narrow-gauge line from the port of Skagway, Alaska, to Whitehorse in Yukon, but its post-war days as an international bulk shipper for lead, copper, and zinc ore died in the early 1980s. A cruise ship company co-owns the current route.

There is also a 470 km internal rail line, the Alaska Railroad, between Fairbanks and Seward that was completed in 1923.

Lacking spur lines from the Canadian interior, Yukon is also disconnected from the continental rail network, and most freight is trucked in from the south. The territory’s former premier Darrell Pasloski calls the A2A project “a game changer for the Yukon.”

“A railway would be probably the most significant positive impact economically that the territory could ever incur, for so many things,” Pasloski says.

“It creates possibilities in mining by making transportation more affordable, there’s tourism—it’s a unique opportunity that opens up a body of markets.”