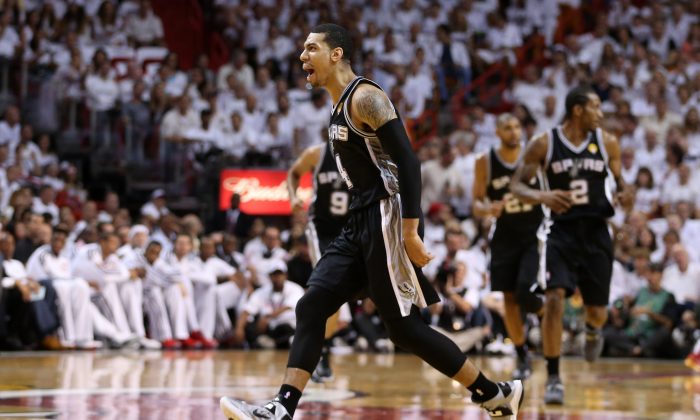 Danny Green #4 of the San Antonio Spurs reacts after making a three-pointer in the first quarter agianst the Miami Heat during Game Two of the 2013 NBA Finals on June 9, 2013 in Miami, Florida. (Christian Petersen/Getty Images)
NBA

The Spurs are fortunate to be tied at this point. San Antonio had three turnovers before the first timeout and four for the quarter (they had four in all of Game 2). But Danny Green has saved their start with a trio of three-pointers. As a team, the Spurs hit four threes in the quarter.

For the Heat, Dwayne Wade suddenly looks revived and ready to go, assisting on three baskets while scoring four points and driving the lane multiple times. The Heat overall have been the aggressors, despite trailing much of the quarter. James has just one basket and one assist, preferring to defer to teammates at this point.