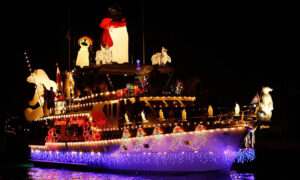 The poll showed that Americans’ confidence in the House and Senate fell to 10 percent, which is the lowest level since Gallup started polling. When the polling agency surveyed Americans in 2012, the legislative body’s rating was 13 percent.

It was also the lowest rating observed by Gallup for any U.S. institution, continuing a downward-sloping trend since Gallup started asking Americans questions about Congress in 1973.

“The divided Congress, with Democrats controlling the Senate and Republicans the House, is likely part of the reason for the low levels of confidence rank-and-file Democrats and Republicans express, and is tied to Americans frustrations with Congress’ inability to get much done,” it wrote.

In 1973, the approval rating was at an all-time high at 43 percent, Gallup said. In the mid-1980s, Congress’s approval was also relatively high, sometimes reaching more than 40 percent.

“Partisan bickering, gridlock, an inability to get things done — that’s what Americans are complaining about,” Frank Newport, Gallup’s editor in chief, told Business Week on Thursday.