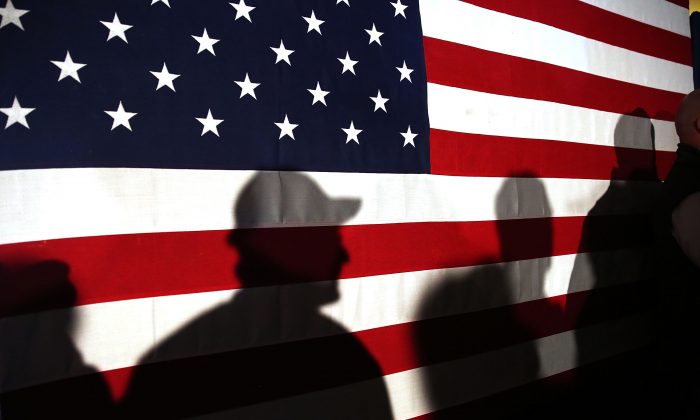 About 77 percent of Americans view the United States as a divided nation on the most important values, according to a new poll.

About 21 percent believe it’s “united and in agreement,” said a new Gallup poll. “Over the past 20+ years, the public has tended to perceive the nation as being more divided than united, apart from two surveys conducted shortly after the 9/11 terrorist attacks.”

The latest Gallup poll was carried out between Nov. 9 and Nov. 13 following a contentious presidential campaign.

Gallup said that all major American subgroups share the view that the nation is divided. Some 68 percent of Republicans view it as divided, 78 percent of independents view it as such, and 83 percent of Democrats think it’s divided. The findings are consistent with finds in previous polls carried out in 2004 and 2012.

Texas Judge at Citizenship Ceremony: ‘Go to Another Country’ If You Don’t Accept Trump