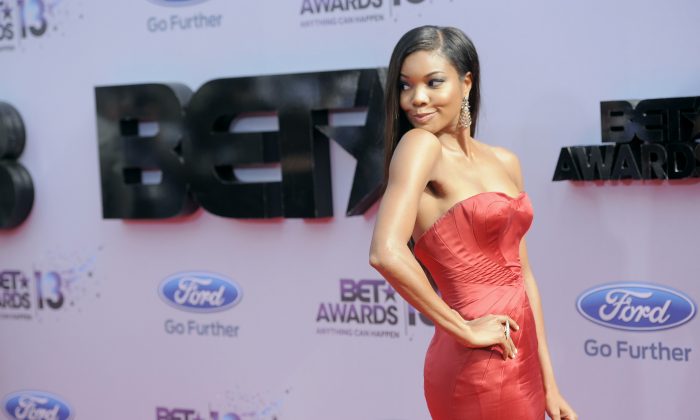 Gabrielle Union arrives at the BET Awards at the Nokia Theatre on Sunday, June 30, 2013, in Los Angeles. (Photo by Chris Pizzello/Invision/AP)
Entertainment

Gabrielle Union, the actress married to Miami Heat star Dwyane Wade, said that she will take action after photos of her were leaked over the weekend.

Union and Wade said in a statement obtained by TMZ: “It has come to our attention that our private moments, that were shared and deleted solely between my husband and myself, have been leaked by some vultures.”

“I can’t help but to be reminded that since the dawn of time women and children, specifically women of color, have been victimized, and the power over their own bodies taken from them. These atrocities against women and children continue worldwide,” they added.

The two continued: “For anyone out there also being affected by these and other hacking and hate crimes – We send our love, support and prayers. We have done nothing wrong.”

She also said the photos were deleted and were shared between her and Wade.

Meagan Good also confirmed that photos that were leaked are actually of her.

Kim Kardashian and Rihanna were also victims of the hack, along with Jennifer Lawrence and Kate Upton earlier this year.

The FBI it is looking into the celebrity photo hacking case.

“The FBI is aware of the allegations concerning computer intrusions and the unlawful release of material involving high profile individuals and is addressing the matter,” it has said, according to NBC News.

Apple said that its iCloud service was compromised, leading to the leaking of celebrity photos.

“We wanted to provide an update to our investigation into the theft of photos of certain celebrities. When we learned of the theft, we were outraged and immediately mobilized Apple’s engineers to discover the source. Our customers’ privacy and security are of utmost importance to us,” it said.

“After more than 40 hours of investigation, we have discovered that certain celebrity accounts were compromised by a very targeted attack on user names, passwords and security questions, a practice that has become all too common on the Internet. None of the cases we have investigated has resulted from any breach in any of Apple’s systems including iCloud® or Find my iPhone. We are continuing to work with law enforcement to help identify the criminals involved.”