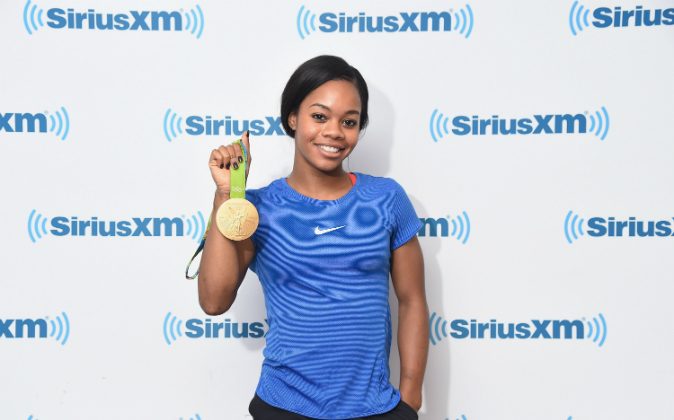 Gabby Douglas Reveals the Medical Condition That Landed Her in Hospital

“The fifth member of our team, Gabby Douglas is having medical issues and unfortunately couldn’t make it tonight,” fellow gymnast Simone Biles told the audience.

Douglas took to Twitter to express her disappointment about not being able to join her teammates—Biles, Laurie Hernandez, Aly Raisman, and Madison Kocian—for the night’s festivities of music fun. “Out of hospital&resting comfortably! #FinalFive sad I can’t be with u 2 present tonite @MTV thank u xoxo,” she tweeted to her 900,000 plus followers.

Out of hospital&resting comfortably! #FinalFive sad I can’t be with u 2 present tonite @MTV thank u xoxo  #VMAs pic.twitter.com/cIfYOIcoL6

The gold medalist U.S. gymnast revealed in a Facebook post that she had a cyst in her mouth.

“Hey guys! Just wanted to let you know that I’m doing ok! I had a complication from a prior injury that caused a cyst to grow on a bone in my mouth. Got it removed and feeling much better now!,” she wrote on Aug. 30.

She thanked everyone and medical personnel for their support.

Douglas has had a roller coaster August. While she and the girls claimed gold at Rio Olympic Summer Games, the 20-year-old was being lambasted and bullied online over her appearance, her perceived demeanor, and for not placing her hand over her heart during the national anthem.

Her mother, Natalie Hawkins said the cyberbullying was negatively affecting her daughter.

“She’s had to deal with people criticizing her hair, or people accusing her of bleaching her skin. They said she had breast enhancements, they said she wasn’t smiling enough, she’s unpatriotic,” said Hawkins in an interview with Reuters.

“Then it went to not supporting your teammates. Now you’re ‘Crabby Gabby’.  You name it and she got trampled. What did she ever do to anyone?”

However, September is looking better—Douglas was named a celebrity judge for the 2017 Miss America Competition.

Excited to be a judge at this year’s @MissAmerica Competition! See you in Atlantic City, 9/11 on ABC. #MissAmerica pic.twitter.com/yRTg9YZ6t9

The beauty competition will broadcast live on ABC on Sept. 11, 8 p.m.