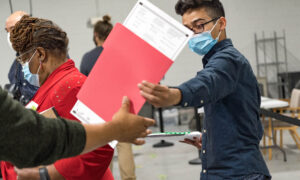 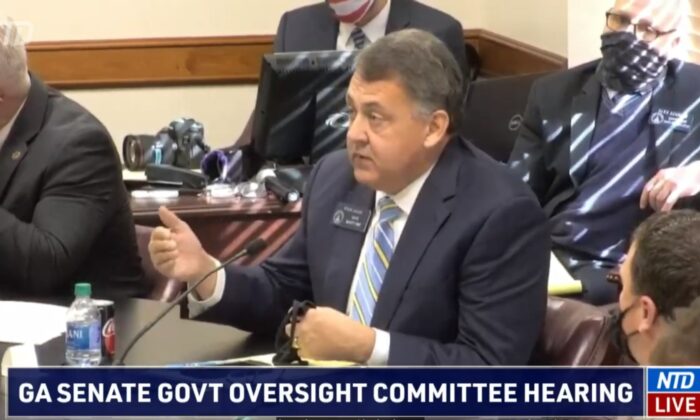 While the state performed a hand recount of the presidential race, it didn’t include signature verification. Currently, former Democratic presidential candidate Joe Biden leads President Donald Trump by some 12,000 votes.

More than 1.3 million absentee ballots were cast in the election, up more than five times from 2016. The state’s election authorities have acknowledged that the increase has strained the county registrar staffers responsible for verifying that signatures on the ballot envelopes match those the government has on file for the voter.

The clerks who match the signatures are trained by the county election director, who is, in turn, trained by staff of the secretary of state.

Germany doubted the SOS office would have the authority to review all of the signatures.

“I don’t think that’s appropriate because we open our investigations based off of actionable complaints,” he said.

He said the office is looking at individual cases of issues with absentee ballots, but “haven’t got to that [signature verification] part” yet.

“I think it would be highly valuable to pull a random sampling from multiple counties in this state just to know how close we got,” he said.

Germany said the point isn’t whether the signature matches, but whether the actual voter was the one who signed it.

But Dolezal retorted that a mismatch does matter.

“That should have been a provisional ballot, not a ballot that was accepted,” he said.

Sen. Steve Gooch drilled down on the matter, noting that one in four of Georgia ballots were absentee and “weren’t verified by anyone except the person at the registrar’s office … [with] little to no professional training.”

“How can we certify this election this week knowing that a fourth of ballots haven’t been verified by professionals or even audited?” he asked.

Germany said the law allows for this signature verification process, so the election can be certified.

He also said the office is looking into issues where voters apparently registered at invalid addresses. Thousands of people registered and voted in Georgia using addresses of postal facilities or businesses, while making it look like they were residential addresses, according to a former Trump campaign official whose team analyzed the state’s voter data.

Germany acknowledged that the investigation is complicated by the fact that some mail centers don’t make it apparent the address isn’t a residential one.

“It doesn’t say P.O. Box. It looks like a regular address,” he said.

In the second part of the hearing, the Trump campaign team presented evidence of alleged fraud and other illegal activities that they say invalidated the election. Under these conditions, they argued, the state’s electors should be directly appointed by the legislature and not based on the election results.

They presented surveillance footage that appears to show election ballot-counting workers kicking out poll observers late on Election Day, before pulling out what appear to be suitcases allegedly filled with ballots.

The campaign and other parties are suing the state over the election results, alleging fraud and other irregularities.

One of the dozens of allegations is that more than 30,000 absentee ballots were returned by voters, but weren’t counted, according to an analysis by expert witness Williams Briggs, a statistician and former Cornell Medical School professor, that was based on a phone survey of potentially affected voters by the team of former Trump campaign member Matt Braynard.