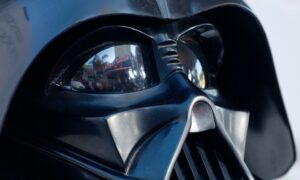 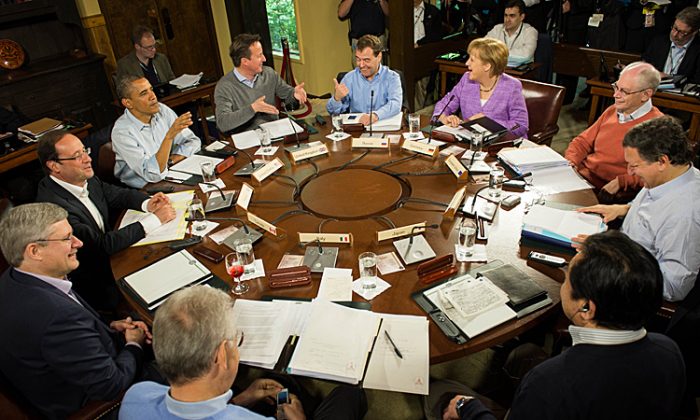 U.S. President Barack Obama and G8 leaders were upbeat about their summit meetings at Camp David saying they were encouraged by their talks on Iran, Syria and particularly, Europe and the eurozone economy.

“It gives me great optimism about our ability to meet these challenges in the future,” Obama said.

The G8 summit was the largest gathering of world leaders ever held at Camp David, the presidential retreat in Maryland about 60 miles northwest of the capital. The country residence has played host to 50 different heads of state during its 70-year history, in addition to many other retreats and important meetings.

The summit provided the first opportunity for leaders of the major developed economies to meet face-to-face since President Francois Hollande’s election in France and the political upheavals in Greece. It was also the first G8 meeting for Prime Minister Monti of Italy, and Prime Minister Noda of Japan.

High on the agenda was the struggling eurozone economy.

“As all the leaders here today agreed, growth and jobs must be our top priority,” Obama said at the close of the summit Saturday night according to a White House pool report.

“A stable, growing European economy is in everybody’s best interest, including America’s,” he said.

The leaders devoted Saturday morning to a working session on Europe and its economic crisis.

In an indication the leaders had searched for middle ground between the austerity espoused by German Chancellor Angela Merkel and stimulus spending proposed by Socialist Francois Hollande, President Obama said they had discussed ways to grow the economy in the “context of fiscal and structural reforms.”

“We know it is possible, in part on our own experience here,” he said citing his own preferred approach of long-term debt reduction while promoting shorter-term growth. At the same time, he acknowledged that Europe’s situation is more complicated.

The President said the leaders had reached consensus on a direction for Europe—one that included keeping Greece in the eurozone.

“We agreed upon the importance of a strong and cohesive eurozone and reaffirmed our interest in Greece staying in the euro-zone while respecting its commitments,” he said.

Obama said his European counterparts “understand the stakes,” if they don’t reach a solution, but added, “The direction the debate has taken lately should give us confidence.”

Italian premier Mario Monti said he was pleased with the outcome, telling reporters that the agreement to speed up growth in Europe was “the most significant and encouraging sign for Italy from the G8,” Italian media reported him saying. Italy’s economy and social fabric is also under extreme duress under the weight of having to implement $26 billion in austerity measures. Monti has been pushing for exactly this type of balanced approach.

Along with the eurozone, the leaders also discussed the price of oil.

“We are making progress on both,” he told the BBC.

The G8 dates back to 1975 and the creation of a multilateral discussion platform between the heads of the then six major industrial nations: United States, Italy, France, U.K., Germany and Japan. The group now includes, Canada, and Russia, with the European Union also represented.

This years’ summit covered a range of issues beginning with Iran. President Obama said the leaders were unified in their belief that Iran had a right to peaceful nuclear power, but were committed to keep the pressure on through sanctions and other measures as long as Iran violated international rules.

“Its [Iran’s] inability thus far to convince the world community that it is not pursuing the weaponization of nuclear power is something of grave concern to all of us,” President Obama said.

The leaders also discussed Syria and agreed that “a peaceful solution and political transition” was the preferred outcome. Kofi Annan’s plan should be supported, Obama said, but with conditions.

“The Annan plan has to be fully implemented and a political process has to move forward in a more timely fashion to resolve that issue.”

Annan, former head of the United Nations, is a U.N. and Arab League special envoy.

A path for North Korea to join the international community if it stops its “provocative actions,” was also discussed, along with the opening up of Burma.

The United States announced the easing of investment sanctions on Burma last week.

“Many of us have taken action to open up trade and investment with Burma for the first time in many years and we have had discussions with the leaders there. Our hope is, is that this process will continue, and we’re going to do everything that we can to encourage that process,” Obama said.

Originally to be held in Chicago in conjunction with NATO, the G8 summit was moved to Camp David earlier this year after President Obama decided it would be easier to talk one-on-one with the world leaders.

By all accounts it worked. “I think the surroundings gave us an opportunity to hold some intimate discussions and make some genuine progress,” Mr. Obama said, before flying to Chicago Saturday night for the NATO Summit Sunday and Monday.