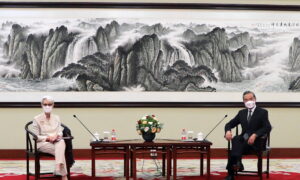 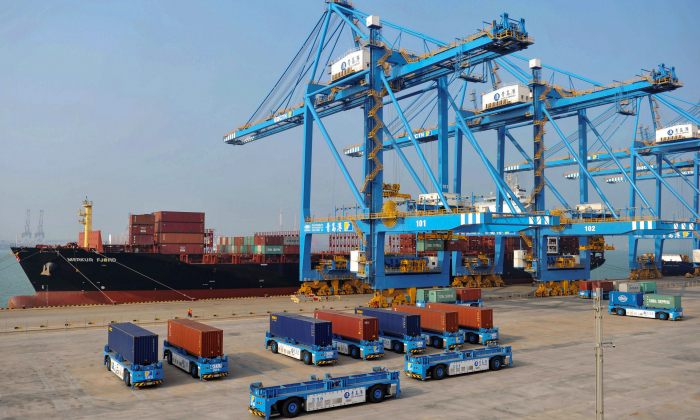 WASHINGTON—After a sharp exchange of words between Vice President Mike Pence and Chinese leader Xi Jinping at the recent APEC summit, experts have doubts about what can be achieved at the upcoming Group of 20 meeting between President Donald Trump and Xi, or that the U.S.–Sino trade war will end any time soon.

Patrick Cronin, director of the Asia-Pacific Security Program at the Center for a New American Security, told The Epoch Times that the Asia-Pacific Economic Cooperation summit was likely a ripe opportunity to put forth a strong image.

“Tactically speaking, APEC was too tempting for either the Chinese or the American side to ignore, to show strength of conviction,” he said, adding that they were likely preparing for the “real summit when Trump and Xi meet again.”

China issued a long list of ideas and reforms to the United States, according to the U.S. president, so there was something to work with, Cronin said.

“We’ll have to see how the United States handles the next round of this discussion. I expected there to be continued tensions, overall, on economics, but some release of tension on some specific aspects of the relationship,” he said.

“So, some deals—partial deals” could be reached through this, he said, which is “not necessarily what the Chinese would like—a big ‘framework of principles’ agreement [where] everything works within that very harmoniously.

“That’s not likely how the United States is going to work, because President Trump is much more transactional on these issues,” Cronin added. “And I think he is going to continue to be dissatisfied with too many aspects of the economic relationship. So I expect there to both be agreement and disagreement going forward for the foreseeable future.”

Cronin thinks that the United States needs to mobilize the G-20 countries around its agenda to have more rules defining fair trade, and says Beijing will surely work against that. Trump and Xi are set to meet on the sidelines of the G-20 summit in Argentina later this month.

“I expect the Chinese to bring people around to their point of view to put pressure on the United States to cool the tariff war because tariffs put pressure on China to make a choice,” Cronin said. “And China doesn’t want to be driven to make a choice—it wants to continue to do what it wants to do, which is to take advantage of the fact that it doesn’t have a market economy. It has state-led capitalism, it has state-owned enterprises.

“[The current situation] gives China an unfair advantage in the trading rules that were created for market economies, from the U.S. perspective,” he said.

Qiao Mu, a Chinese academic and former professor at the Beijing Foreign Studies University, recently wrote on Twitter, citing a high-ranking Chinese official, that Xi said at an internal meeting that China wouldn’t back down whatsoever in this trade war.

According to Qiao’s tweet, Xi said at the meeting: “What else does the U.S. have apart from the tariffs? If you are really that capable, you’d better stop buying our goods. We weren’t scared off even by the comprehensive sanctions against us after 1989; what’s so terrible about a few tariffs? In the past, the U.S. was most important to us—now we have the ‘One Belt, One Road’ initiative, Africa, Latin America, and the global market.”

Chen Pokong, a Chinese author and political commentator, said during an interview with Voice of America that the Chinese Communist Party (CCP) was put into a very awkward and difficult situation in the trade war, as the United States had included workers’ rights and wages as trade issues. He said the CCP is very much embarrassed by these requirements, as it has never allowed Chinese workers to defend their own rights or form their own unions.

Chen said that the CCP wants to play the role of a world leader, but it’s currently not able to.

“China wants to play the role of a leader, but it does not act like it. If it really wants to play such a leadership role, it means completely changing itself, including its current economic and political system,” he said.