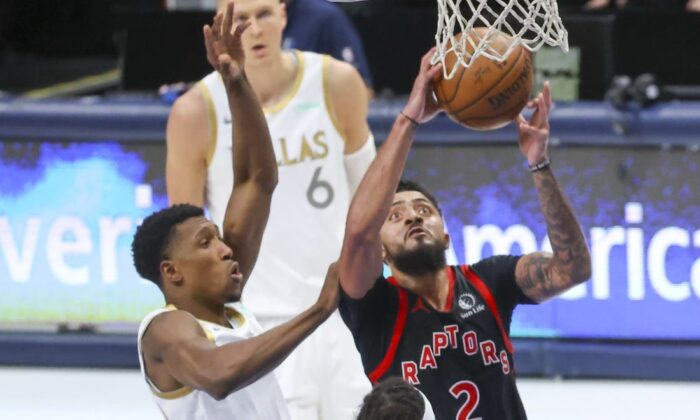 The NBA and National Basketball Players Association reinstated guard Jalen Harris to the league on Tuesday following a season-long suspension.

Harris, 24, was suspended on July 1, 2021, for testing positive for a prohibited substance under the NBA/NBPA Anti-Drug Program. He needed to apply for reinstatement.

The Toronto Raptors selected Harris with the No. 59 overall pick in the 2020 NBA Draft. He is a restricted free agent, and the Raptors still hold his rights despite releasing him on the day of the suspension.

He finished the season with a flourish, scoring 17 games against the Chicago Bulls on May 13, 2021, and setting a career high with 31 points the following day against the Dallas Mavericks.

Harris led the Scarborough Shooting Stars to the Canadian Elite Basketball League championship game, which they lost 90–88 to the Hamilton Honey Badgers on Sunday.