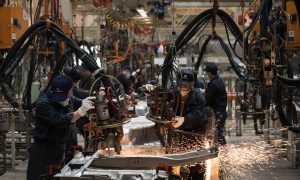 Will China Be Expelled From the WTO?
0
Share Now
TelegramFacebookTweetEmailTellMeWeReddit
Copy Link 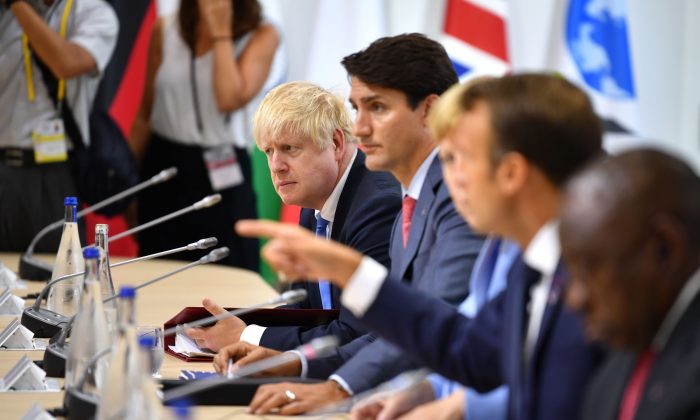 Beijing admonished foreign governments for “interfering” in Hong Kong protests a day after G-7 summit leaders expressed concern about the region and appealed for a peaceful resolution to the ongoing political crisis.

“I would like to say to the G-7 members, stop your impertinent meddling in pursuit of a hidden agenda,” Geng Shuang, China’s foreign ministry spokesperson, said at an Aug. 27 press conference. He added that China “will manage [its] own affairs properly.”

On Monday, seven industrialized nations, including Britain, Canada, France, Germany, Italy, Japan, and the United States, issued a collective statement at the G-7 summit asking China to abide by the Sino-British Joint Declaration.

The 1984 bilateral treaty was drafted to stipulate how Hong Kong’s sovereignty would be transferred from Britain to China in 1997, whereby both sides agreed to retain the territory’s autonomy and freedoms not afforded in the mainland, under the “one country, two systems” model.

“The G-7 reaffirms the existence and the importance of the 1984 Sino-British agreement on Hong Kong and calls for avoiding violence,” according to a statement issued at the conclusion of the G-7 summit in France.

Also on Monday, British Prime Minister Boris Johnson delivered a speech at the G-7, where he stated that the seven countries had a “deep concern” for Hong Kong. Mass protests over a controversial extradition bill and police-civilian clashes have rocked the city in recent months.

“The G-7 nations all want to support a stable and prosperous Hong Kong. And we remain collectively committed to the ‘one country, two systems’ framework,” Johnson said.

Western governments have voiced their concerns about the Chinese regime’s recent threats of sending troops to quash protests in Hong Kong, and have called on the Chinese regime to honor promises it made in the Sino-British Joint Declaration.

U.S. Vice President Mike Pence urged on Aug. 19 that China “act in a humanitarian manner” and hinted at the importance of the Hong Kong issue for ongoing trade negotiations between China and the United States.

“For the United States to make a [trade] deal with China, Beijing needs to honor its commitments, beginning with the commitment China made in 1984 to respect the integrity of Hong Kong’s laws through the Sino-British Joint Declaration,” Pence said in a speech given at the Detroit Economic Club.

Responding to Pence’s remarks, China’s state-run broadcaster China Central Television in its evening primetime news program claimed that the treaty had “become a historical document” upon Hong Kong’s transfer of sovereignty—a claim that the Chinese regime has used in the past when attacking countries such as the U.K. and the United States that expressed concerns about China’s encroachment over Hong Kong affairs. The U.K. government has stated on multiple occasions that the declaration is still legally binding.

President Donald Trump at the G-7 summit also showed tacit support for Hong Kong by putting it in the context of the Sino-U.S. trade war.

Commenting on Chinese Vice Premier Liu He’s statement that he hoped for a “calm resolution” in the trade dispute, Trump said that Liu’s statement also sent a positive message for Hong Kong.

“I think it makes it easier for Hong Kong to do something. And I think that President Xi will do something with Hong Kong. I really think that message is a good message with respect to what the ultimate outcome is in Hong Kong,” Trump said.