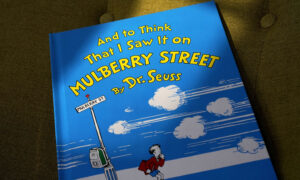 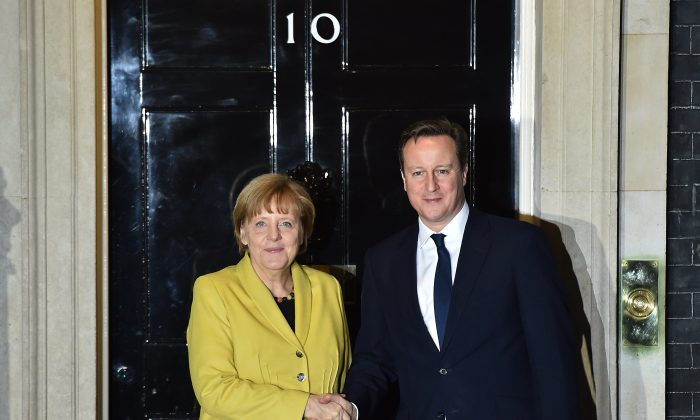 Future of Two Unions, the EU and the UK, Hangs in Balance

The UK may set conditions for EU on immigration—or go its own way, losing global influence

Why this is so lies in the future of two unions—the European Union and the United Kingdom itself.

Cameron’s return to No. 10 Downing Street has increased the odds that the U.K. could leave the EU, and the landslide victory of the Scottish National Party in Scotland, SNP, means the chances the U.K. itself could break up have also risen. A country that leaves one of the world’s major economic blocs and cannot hold itself together is not one that will continue to carry the same weight in the world.

The Conservatives went into the election promising to renegotiate Britain’s relationship with the EU and then hold a referendum on continuing membership by the end of 2017.

Cameron has said that if he gets the changes he wants to the EU, especially tightening freedom of movement and the ability of people from other countries to claim welfare benefits in Britain, he will campaign for a vote to stay in.

Powerful forces oppose what the media call a “Brexit.” Big business is dead-set against it.

There are powerful forces ranged against Britain’s threatened exit from the EU, what the media calls “Brexit.” Big business is dead-set against leaving the world’s largest marketplace and has already started to lobby. In Parliament, the two next largest parties, Labor and the SNP, need no convincing. Both are strongly pro-EU and despite the anti-EU, United Kingdom Independence Party, UKIP, gaining almost 13 percent of the vote nationally, it returned only one MP to the House of Commons; its public face, Nigel Farage, lost re-election.

So on the face of it, Cameron would have plenty of support if he campaigns to stay in and if his renegotiation is successful and the referendum won, it may well settle the long-running debate in Britain on Europe, and anchor the country in the EU for the foreseeable future.

But, despite opinion polls suggesting more support for staying than leaving, there is no guarantee Britain will vote to stay.

Cameron may well convince Britain’s partners to agree to changes restricting the right of EU citizens to claim welfare benefits in other member states. But on his demand to restrict the right of people from other countries to stay in the U.K. if they do not have a job, he has little support in other countries, particularly Germany and Poland, which embrace the free movement of people as a keystone of the EU. If the British prime minister must compromise on this, he may find it difficult to argue he has negotiated enough changes to justify campaigning for a vote to stay in.

The other complicating factor is—ironically—the fact the Conservative leader confounded the pollsters, media commentators, and maybe even himself, by winning a narrow overall majority.

This means backbench Conservative MPs will have more influence on the government than during the past five years of coalition. Up to a third of them are strongly euroskeptic and will keep the pressure on Cameron to drive a hard bargain in negotiations, making the necessary compromises more difficult. They will also make a lot of noise if they think the prime minister has only managed to secure agreement for partial changes.

Indeed, within hours of the election, one of the most influential euroskeptics, former Cabinet Minister John Redwood, said, “The British people will leave the EU unless there is a sensible offer on the table” and sensible for him includes “the need to regain control of our borders.”

Cameron is also facing a phalanx of right-wing newspapers, implacably hostile to the EU, cheering on the skeptics. And if their track record is anything to go by, these papers will campaign vociferously with scant regard for the facts.

Traditionally, the pro-EU forces have a much lower profile than their opponents and have based their arguments on pragmatic economic arguments, but the stagnation of the eurozone since the economic crisis now makes such a positive case support more difficult.

If the British do vote to leave the EU, it would threaten the future of that other Union—the U.K.—almost certainly triggering another referendum on Scottish independence with a likely majority willing to quit the United Kingdom this time.

Polls on the EU consistently show more support for membership in Scotland than in England meaning the EU referendum could see a majority of Scots voting to stay in while a majority in the U.K. votes to leave. And although SNP leader, Nicola Sturgeon, said its landslide win in last week’s election, where it won 50 percent of the vote and 95 percent of the seats in Scotland, is not a mandate to hold another vote on independence, she has vowed to seek another independence referendum so Scotland could remain in the EU in the event of a U.K. vote to leave the union.

And it’s not just the EU referendum that makes eventual Scottish independence more likely—the way Cameron fought the election also exacerbated the divide between England and Scotland because he used the specter of the Scots calling the shots with a minority Labor government to scare English voters into supporting his party at the election. The tactic may have worked well with English voters, but it was divisive and probably helped boost support for the SNP.

A U.K. out of the EU, shorn of Scotland, would consolidate the perception in the world’s major capitals that Cameron is taking the country down an isolationist path.

Economic crisis and austerity have diminished the U.K. appetite for global engagement.

The economic crisis and the austerity of Cameron’s first term have already diminished London’s appetite for international engagement, most notably in 2013 when MPs voted against military intervention in Syria. And the Conservatives are committed to further cuts, some of which will probably fall on the diplomatic service and the armed forces. U.S. officials have already expressed concern Britain will not honor its NATO pledge to spend 2 percent of GDP on defense.

The notable exception to this retrenchment has been foreign aid, which has been protected from cuts with Cameron honoring the commitment to spend 0.7 percent of GDP. This means Britain could end up playing a role more like Japan since 1945—funding international development, but playing a much less active diplomatic and military role.

This aid has brought Britain a lot of goodwill from around the world. But the other instruments of British soft power have not fared so well. The BBC World Service, widely seen as key to British influence around the world, is now funded out of the public levy that pays for other BBC services, rather than directly by the government. The Conservatives are likely to freeze the levy or even reduce it when the current agreement on funding comes to end next year—and that will almost certainly mean more cuts to the BBC’s international services.

With the means to project its influence around the world facing straitened times and the increased likelihood it could end up outside the EU without Scotland, the U.K.’s global significance and authority is set for further decline—a puzzle for a country that still has the world’s fifth largest economy, a nuclear-armed military, and a prized seat at the U.N. Security Council.

Alistair Burnett is former editor of The World Tonight, a BBC News program. © 2015 The Whitney and Betty MacMillan Center for International and Area Studies at Yale.