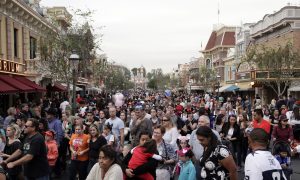 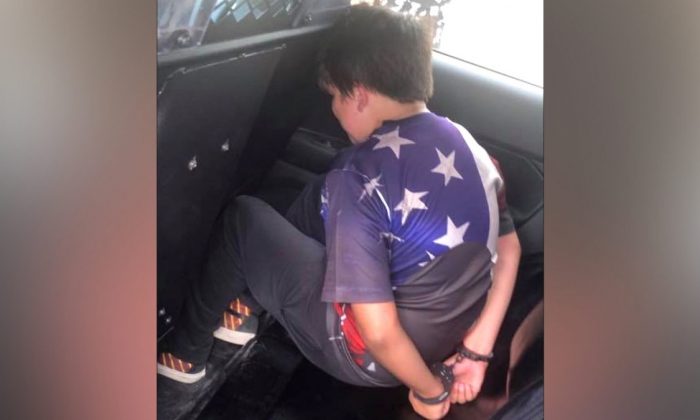 An outraged father has shared a video of his autistic 11-year-old son, who was handcuffed and placed in the back of a patrol car after he reportedly suffered a meltdown at his Southern California school.

Trevor Hibbert said his son, Abraham—a sixth-grader at Endeavour Middle School in Lancaster—has been failed by the Lancaster School District.

Earlier this week, Hibbert shared the distressing footage on Facebook, accompanied by a post which said the incident took place after his son, who is diagnosed with autism, ran away from school multiple times after trained staff failed to adequately supervise him on campus.

“The damage you have done to my son and the years of progress that has been setback are irreparable,” he wrote.

Hibbert said Abraham ran off from school after kicking a school employee while he was being restrained. School officials then contacted sheriff’s deputies for help to find the boy, who was found wandering a mile away.

Abraham is supposed to be properly supervised on campus under what is known as an IEP, known as Individualised Education Program, which is tailored to his special needs, Hibbert explained. It was put in place for Abraham by the district.

However, the furious father lashed out on social media saying the system is breaking down as it was the third time in three weeks Abraham had run away from school.

The other two incidents followed a meltdown in which his needed space and time to calm down, Hibbert said. However, on this occasion, Hibbert said school staff cornered Abraham, prompting him to want to run away.

“What would have happened to my little boy if before the police got there, in a melt-down state, he’d step in the wrong place or walked into the street and been hit by a car?” he told ABC7.

The school reportedly attempted to send Abraham to an adult psychiatric hospital on a 5150 hold, which Hibbert said the facility “immediately rejected.”

Hibbert added that staff at Endeavour Middle School also failed to notify him of the behaviour his son had been subject to.

“My child has received death threats from another student, of which we were not notified. His assigned one-on-one aid has been absent and we were not contacted. They poked the wrong god blessed grizzly bear,” he told KTLA 5.

The Lancaster School District superintendent described the incident as “highly regrettable” in a statement.

Dr. Michele Bowers, Supt. Lancaster School District told KTLA 5: “We’re doing everything that we need to do to support the family and to support this child to be successful.

“This is his first year of middle school, and while we’re completely committed to his safety and his education, we’re also very mindful of the safety of our staff, so we’re trying to balance all of that out.”

Abraham is currently suspended from school. Hibbert has hired an attorney and is considering legal action against the district.