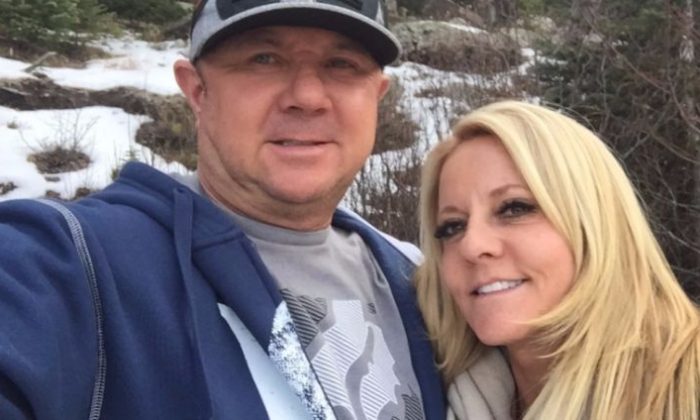 A couple who survived the mass shooting in Las Vegas died a few weeks later in a devastating car accident. Now, the daughter of Dennis and Lora Carver is starting a fundraiser in their name.

Brooke Carver, the couple’s oldest daughter, confirmed the couple died less than a half-mile from their home in Riverside County, California, according to the Las Vegas Review-Journal. The vehicle hit a metal gate outside their community. Firefighters an hour to put out the blaze.

“We’ve found some peace in knowing that our parents just loved each other so much that they had to go at the same time,” Madison Carver, their 16-year-old daughter, said. “They couldn’t live without each other.”

During the Vegas shooting at the Route 91 Harvest music festival—where gunman Stephen Paddock rained gunfire down on a crowd of concert-goers—the couple had escaped with their lives.

Before the crash, Lora started collecting bikes for the Temecula Bike Train, a California organization that donates bikes to kids.

“Our parents were the most generous and happy people, they lived life to the fullest,” wrote Brooke Carver on the page. “They always taught me and my sister to work hard, play hard, be someone others can rely on and always give back.”

“With this money, me and my little sister will be purchasing bikes to donate to the Temecula Bike Train and serving underpriviledged kids in the Murrieta and Temecula area. One of our goals is to get 30 new bikes for this amazing organization,” she added.

About a week after the crash that killed their parents, Brooke and her sister received a memento in the mail. The FBI found her father’s phone at the site of the shooting and mailed it back.

“When we turned it on, all his photos and messages were still there,” Brooke said. “This is how we know they’re looking down and watching over us.”

The daughters described their father as strong and independent, their mother as humble and generous. Three days after the massacre Dennis sent a bouquet of roses to his wife.

“He just wanted to give my mom a reason to smile after the shooting,” Brooke said. “I swear they were more in love those two weeks than the last 20 years.”

NTD TV contributed to this report