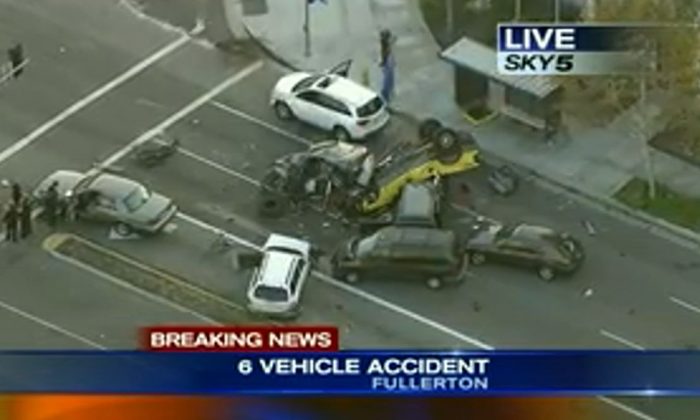 As many as eight cars were involved in a massive accident in Fullerton, Calif., on Thursday evening.

At least one person was killed in the crash, reported CBS LA.

ABC-7 posted a photo of the crash, which took place at Harbor Blvd. and Valencia Mesa Dr.

The station said at least five were injured and were sent to local hospitals.

Sgt. Jeff Stuart told CBS that the yellow car was driving in the wrong direction, causing the crash.

Roads were closed in all directions.