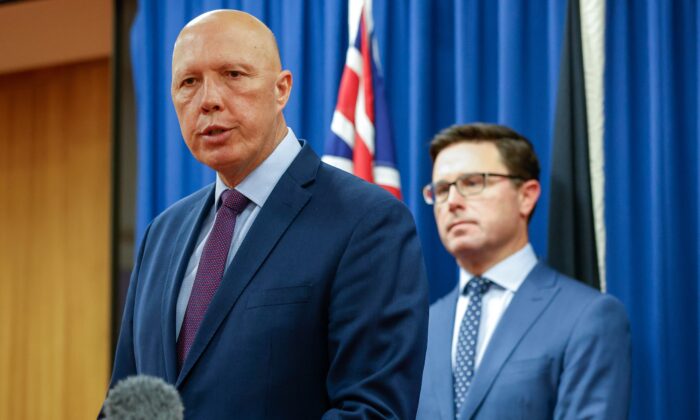 Full Reliance on Renewables Not a ‘Scientific Reality’: Australian Opposition

His comments come as the current Energy Minister Chris Bowen calls on the private sector to bolster investment in renewables amid soaring electricity and gas costs in Australia.

Dutton told the Nine Network that the energy grid would always need coal or gas to underpin it.

“The reality is we’re dealing with these issues every day; Ukraine hasn’t just gone to war, they’ve been at war for months. There hasn’t been a problem with energy supply since Labor [came into power].”

The Ukraine War has driven up the demand for gas globally, encouraging local producers to shift supply overseas as prices go up.

At the same time, a cold snap has swept the east coast of Australia, increasing demand locally. Yet, due to long-term public support for climate change, many ageing coal-fired power stations have not been maintained, which has led to breakdowns and an inability to produce more electricity on demand.

The energy regulator has attempted to dampen the emerging crisis by intervening in the market directly and asserting more control over energy producers, a move supported by the Labor government.

At the same time, Prime Minister Albanese and Energy Minister Bowen have continued to push ahead with renewable energy and more ambitious emissions reduction targets—signing off on a new emissions target of 43 percent by 2030 instead of 26-28 percent.

On June 17, Bowen told the Climate Change Investment and Finance Summit that the government would give businesses the “framework, the certainty, and the partnership” to increase investment in green energy.

“As we get on with unleashing investment, we will show that the world’s climate emergency is indeed Australia’s jobs opportunity,” he told the summit.

The event is hosted by the Investor Group on Climate Change (IGCC), comprised of major fund management firms from across Australia and New Zealand, including the Australian Council of Superannuation Investors, AustralianSuper, BlackRock, Cbus, and Vanguard, among others.

Fund managers have been a major force in encouraging investment in renewables or pushing public companies to adopt policies on climate change.

“We need groups like the IGCC to continue making the case to all Australians that good climate policy is good for investment and good for jobs,” Bowen said.