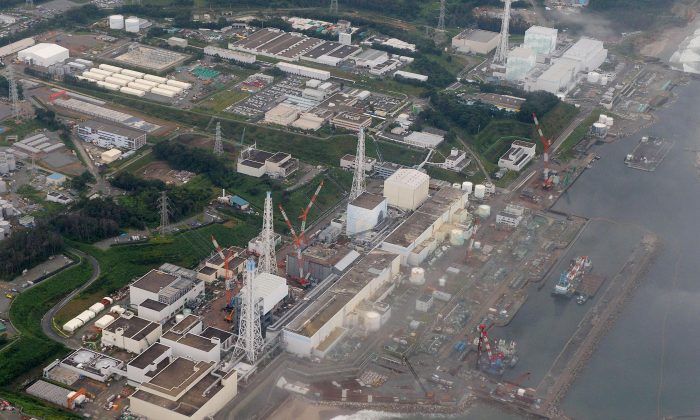 The Asahi Shimbun, Japan’s most widely distributed daily paper, reported that the government of Japan withheld findings about estimated radiation levels in the areas hardest hit by the Fukushima’s nuclear power plant explosion in 2011.

The evacuation order for those in the surrounding areas was lifted two weeks prior to the survey results of the government’s decontamination team came out. The team was in charge of making sure that the radiation levels were brought down to 20 millisieverts a year (a measurement of radiation dosage), where clean up was under way, while eventually bringing the level down to under 1 millisievert a year.

“Individual radiation doses were estimated to be beyond 1 millisievert per year, or 0.23 microsievert an hour, at 24 of all the 43 surveyed sites, including ones in the Miyakoji district in Tamura, Fukushima Prefecture, The Asahi Shimbun learned April 15,” the newspaper wrote.

The survey of the findings, which was withheld for over six months, was released after Asahi Shimbun’s request.

Japanese authorities, however, believe that nuclear power and coal, are the future of the country’s power supply. In a recently revealed energy plan, Japan is choosing coal over renewable energy, according to a report by Bloomberg Businessweek.

The country released the energy plan, according to Bloomberg Businessweek on April 11, 2014, which designated coal as an “important long-term electricity source” and highlighting the important of nuclear power, while giving little mention to renewable energy sources lie wind, solar, and geothermal.

President of plant and energy operations at IHI Corp., a developer of the A-USC technology that burns coal to produce high temperature steam, Naoya Domoto, said that coal is important in keeping the Japan’s energy costs low.

“You cannot exclude coal when you think about the best energy mix for Japan to keep energy costs stable,” Domoto said.

In January, Japan’s 10 power plants consumed a record high of 5.66 million metric tons of coal, according to the report. Japan is on its way to reopen Fukushima Daiichi Nuclear Power Plant, which was responsible for the 2011 tragedy.