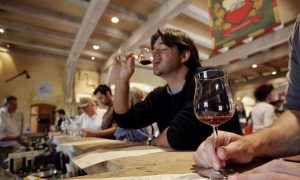 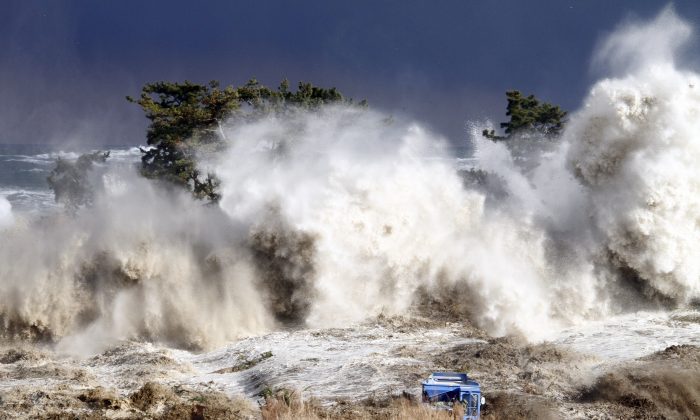 Fukushima Executives Acquitted of Negligence Over Deaths in Nuclear Disaster

A Japanese court has ruled that the three top executives of the Fukushima nuclear power plant weren’t responsible for the deaths of 44 people caught in the radioactive cloud thrown out during the 2011 reactor meltdown.

The Tokyo District Court on Sept. 19 acquitted the former executives of Tokyo Electric Power Company Holdings Inc. (Tepco) of the charges of professional negligence leading to death and injury, according to The Japan Times.

The judge rejected the prosecution’s pivotal claim that the executives should have heeded a government-commissioned report that warned that in the event of an offshore earthquake a wave of more than 50 feet could swamp the plant.

In March 2011, a magnitude 9 earthquake struck off the coast of Japan and created 46-foot waves that hit the plant and destroyed the reactor cooling gear, along with back-up generators.

Three of the six reactors went into meltdown in the second-worst nuclear disaster in history, second only to Chernobyl.

The case against the three executives was the one and only criminal case filed against Tepco.

“It would be impossible to operate a nuclear plant if operators were obliged to predict every possibility related to tsunami and take necessary measures,” said Kenichi Nagafuchi, presiding judge of the Tokyo District Court, Kyodo News reported.

Several civil lawsuits have found in favor of plaintiffs, accepting the argument that Tepco could have predicted the nuclear scenario and shored up sea defenses against it.

“The criminal trial was challenging because it required specific predictability and strict evidence without any doubt,” said Tsutomu Yonekura, the chief secretary of a group of lawyers representing victims of the Fukushima nuclear disaster, Kyodo News reported. “However, even if [the executives] were found not guilty, it doesn’t mean the company escapes its responsibility to compensate.”

The prosecution had twice dropped the criminal proceedings, according to The Japan Times, saying that the case has little chance of conviction and citing a lack of evidence.

However, a judicial review panel, comprised of citizens, ruled that the executives—former Chairman Tsunehisa Katsumata, and two former vice presidents, Ichiro Takekuro and Sakae Muto—should be indicted, and the trial started in June 2017.

The earthquake claimed around 18,500 lives in total, with the majority killed by the tsunami.

Before it was brought under control, the Fukushima reactor meltdown spewed a radioactive cloud that caught people as they tried to evacuate from a nearby hospital, resulting in 44 deaths.

More than 100,000 people were evacuated from the area around the plant, and tens of thousands are still unable to return to their homes.