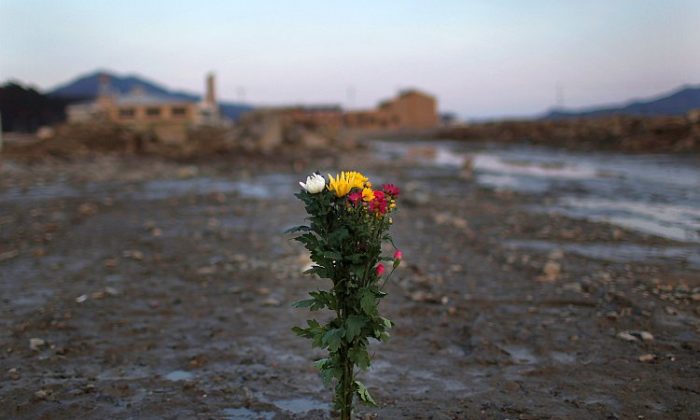 Flowers have been placed at the site where a home used to stand on March 11, 2012 in Rikuzentakata, Japan. Sunday, March 11, marked one year since the triple disaster struck Japan—and also sent shockwaves throughout the world. (Chris McGrath/Getty Images)
World

Fukushima a Year On

An earthquake and the tsunami that followed killed almost 16,000 people, with over 3,000 still considered missing. The Fukushima Daiichi nuclear power plant was so badly damaged that it eventually suffered a meltdown, turning the situation into the worst nuclear crisis the world has seen since the Chernobyl disaster in Ukraine back in 1986.

Just as the disasters cascaded—earthquake causing a tsunami causing a nuclear accident—the consequences inside and outside of Japan have kept spreading.

In Japan, authorities face a credibility crisis because of the inadequate preparation for, and response to the disaster, eventually leading to Prime Minister Naoto Kan’s resignation. The safety concerns with nuclear energy have again become one of the hottest issues for governments around the world.

One year on, opinions differ vastly on the health and environmental consequences; survivors meanwhile still struggle with not only their loss, but also the decision of whether or not to return home despite the dangers, or start a new life elsewhere.