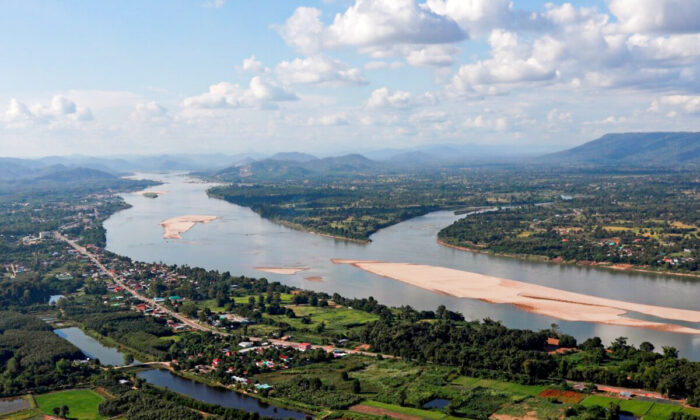 A view of the Mekong river bordering Thailand and Laos is seen from the Thai side in Nong Khai, Thailand, on Oct. 29, 2019. (Soe Zeya Tun/Reuters)
Economy

Fuel Shortage in Laos Sees People Asked Not to Travel

The Laos government has called on residents to avoid unnecessary travel amid fuel shortages, citing the need to prioritize agriculture and other essential industries, according to local reports.

Laos, which imports most of its gasoline from neighboring countries, faces fuel shortages due to soaring fuel prices and a weak currency. Many gas stations have been forced to close, with people waiting hours in line to buy fuel.

Local farmers have complained that they are unable to plow their fields or irrigate their crops due to a lack of fuel supply, seeing them turn to the government to come up with an immediate solution, the Laotian Times reported.

Vongsone Phimmavongsa, head of the Laos State Fuel Enterprise in Khammouane province, emphasized the need to ensure that farmers have enough fuel supply to avoid food shortages in the country.

“If people are wasteful with fuels during this crisis, it will cause problems for all of us in the future,” he said, the Laotian Times reported.

Vongsone said that some petrol stations in his province had limited their operations to once or twice a week due to fuel shortages and have been barred from selling gasoline in containers to prevent fuel reselling.

The Industry and Commerce Ministry said on Monday that it would look into ways to mitigate Laos’ depreciating foreign exchange rate, which it views as the root cause of the fuel crisis, according to local media.

The Lao kip depreciated sharply by 30 percent against the U.S. dollar in the year leading up to April 2022, indicating “considerable external liquidity constraints,” the World Bank said in its economic update on May 12.

The Prime Minister’s Office issued a notice on May 6 instructing relevant ministries to initiate talks to buy cheaper oil from Russia and urged the finance ministry to improve its currency exchange controls.

Industry and Commerce Minister Khampheng Saysompheng said on May 11 that purchasing oil from Russia has not yet been confirmed because it would involve a lengthy process of purchase agreements and would not provide a quick fix.

He stated that the government will look for alternative petroleum suppliers other than Thailand and Vietnam, and that it will seek to provide up to $60 million to fuel importers as a short-term solution to the fuel crisis.

Phosysoy Kuthilath, director of the Department of Industry and Commerce of Savannakhet province, claimed that the nation’s foreign currency reserves are insufficient to pay for fuel imports.