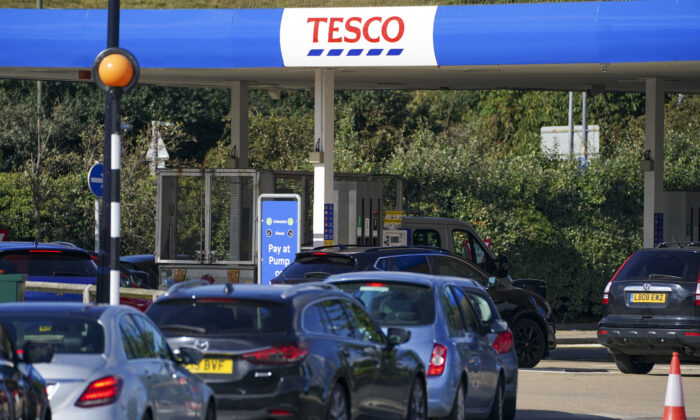 Clearly, Russian President Vladimir Putin is aligning the chess pieces for either an invasion of Ukraine or to deter NATO and the EU from considering Ukraine as a member. With over 125,000 troops and thousands of pieces of armor massed on the Russian/Ukrainian border, comes news this week that Russian forces will also be “conducting an exercise” in Belarus.

This is highly significant because the exercises have the potential to create a Russian pinch point at the Suwalki Gap, the border between NATO members Lithuania and Poland, that lies between the Russian exclave of Kaliningrad and Belarus. The gap is a roughly 40-mile stretch that, if invaded by Russia, could cut off Lithuania, as well as Estonia and Latvia, the two other Baltic States that are also NATO members.

The gap has been described as NATO’s “hot spot” (pdf) for several years and has been of concern to me since at least Brexit, the last time things flamed up in the region.

Were the Russians to develop a three- to five-mile wide Russian-controlled salient so as to connect Belarus and Kaliningrad—a mission that could be accomplished in as little as 48 hours or less—NATO would be left struggling for a response. It might even fracture the NATO alliance as member states reconsider whether it serves their own interest to go to war over the development.

But it might not even take a Russian military incursion to shatter the alliance. It can use the threat of incursion to leverage its economic power—the carbon fuels it supplies Europe—to wreak political havoc on Europe’s economy. Russia has used the Nord Stream 2 pipeline, which will supply Russian natural gas to Germany, to drive a wedge between Germany and NATO, Germany and the United States, and even Germany itself. Earlier this week, Reuters reported that Germany could cancel the Nord Stream 2 gas pipeline if Russia moved on Ukraine. But that talk threatens to shatter the relatively fragile German governing coalition as the parties that comprise it disagree. Just yesterday, Germany—ostensibly a NATO ally—said it would not send weapons to Ukraine to help it defend itself.

All this uncertainty risks dangerous interruptions of the Russian carbon fuel supply that could spike Western fuel prices; prices which the United States is poorly situated to ameliorate because of the Biden Administration’s energy policies.

First, President Joe Biden’s ambitious policy benchmarks towards a “Green New Deal,” as expressed in the “climate plan” of his campaign, have already choked off potential energy supplies and it’s unclear the nation’s energy needs will be ameliorated by technological developments.

Gasoline prices, unadjusted for inflation, are the highest in history. Oil, as measured by West Texas Intermediate crude, is at $87/bbl, the highest since the end of August 2014. The Keystone XL Pipeline would likely have come online toward the end of the Biden presidency, but it was canceled. Drilling leases in the Alaska National Wildlife Reserve (“ANWR”) have been suspended.

Should the security situation in Ukraine escalate, oil prices could easily top over $100/bbl. Oil at that price risks national recession, even higher inflation, and a substantial degradation of Americans’ standard of living.

Americans’ economic interests should not be put at risk because of bad energy and foreign policy. To avoid it (and, not incidentally, to avoid his administration becoming irrelevant at home and abroad), Biden should, first, step away from the farcical notion that “spheres of influence” are antiquated.

It may be a tragedy of geography, but Ukraine is subject to the influence of Russia and regional stability is more important than the Biden Administration’s messianic ideology of self-determination. Just as we in the United States would not tolerate Peoples’ Liberation Army troops from CCP China in Baja California, Russia understandably will not tolerate Ukraine as a member of NATO. Biden and NATO should swear off such membership happening for 25 or 35 years before NATO’s expansion risks war. Doing so will largely inoculate the West from Russia’s claims it is “threatened” and deny Putin casus belli to attack. It would not be appeasement; adding Ukraine to the NATO alliance is more burden than benefit and serves no NATO interest.

Second, Biden should set the objective of carbon neutrality via specific checkpoints, not nebulous ultimate goals. Carbon neutrality is achievable, but it must be done in increments in tandem with proven, robust, new, technological solutions that allow society to responsibly wean itself off carbon fuels. But that is the work of a century, not decades. Merely wishing it were otherwise, and cutting off our carbon fuel sources, will leave the United States vulnerable.