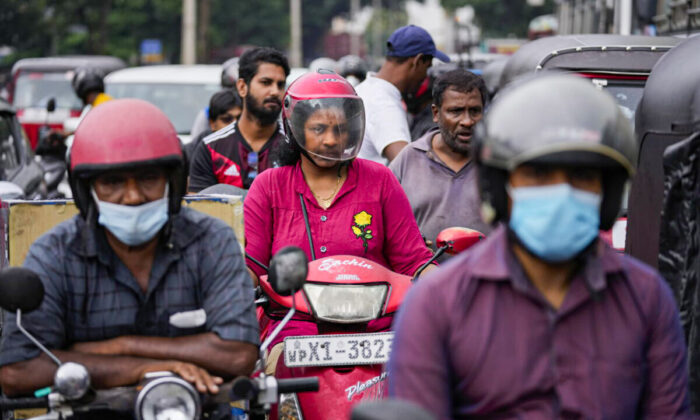 Protests erupted in Bangladesh after the government raised fuel prices by a record 51.2 percent, with thousands of people thronging gas stations before the increase went into effect.

Thousands of motorcycle riders thronged filling stations on Aug. 5, causing several gas stations to suspend sales ahead of the price hike, with protesters demanding a rollback of the higher costs, the Dhaka Tribune reported.

The increase in fuel prices was imposed against the backdrop of Bangladesh’s high inflation rate, which has been above 6 percent for nine consecutive months and hit 7.7 percent in July, putting pressure on lower-income families.

Nasrul Hamid, state minister for power, energy, and mineral resources, said the fuel price hike was necessary due to the global price increase caused by the Russia–Ukraine war, which has been ongoing since February.

“The new prices will not seem tolerable to everyone. But we had no other choice. People have to be patient,” Hamid told reporters, adding that fuel prices will be adjusted when global prices fall.

Bangladesh has been experiencing numerous power outages in recent weeks due to fuel shortages. The government is now mulling staggered holidays for garment manufacturers to reduce power consumption.

Hamid said the proposed strategy will help Bangladesh conserve up to 550 megawatts of electricity per day when power cuts exceed the usual one-hour power outage to three hours in some areas, the Hindustan Times reported.

The country’s foreign exchange reserves stood at $39.7 billion as of Aug. 3, sufficient to cover only about five months of imports and down from $45.9 billion in 2021.

Bangladesh sought a $4.5 billion loan from the International Monetary Fund (IMF) in July, joining South Asian neighbors Pakistan and Sri Lanka in seeking help to cope with mounting pressures on their economies.

The IMF said external conditions for Bangladesh have deteriorated sharply due to economic spillovers from the war in Ukraine.

China has invested heavily in Bangladesh in recent years through the “One Belt, One Road” program, later renamed the Belt and Road initiative, which Beijing uses to finance infrastructure projects around the world in an effort to build geopolitical influence.

According to China’s state-run media, Bangladesh and China signed several Belt and Road agreements worth $21.5 billion, including a power system upgrade and expansion project.

In 2018, China surpassed the United States to become the top investor in Bangladesh, with an overall investment of $1 billion, according to Chinese state-run media.