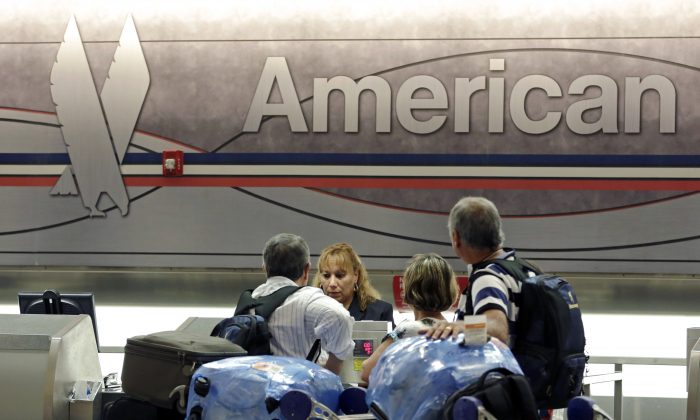 DALLAS—Profits are soaring at the biggest U.S. airlines as fuel prices drop — but don’t expect fares to fall too.

Heading into the busy holiday-travel period, the airlines expect even cheaper fuel, thanks to the nosedive in crude oil prices. The price of jet fuel, an airline’s biggest single expense, has dropped by about one-fifth since mid-June.

Airlines are also benefiting from continued strong travel demand that allows them to push fares higher. Executives report strong bookings for holiday travel and say that Ebola headlines don’t seem to be scaring away travelers.

The four largest U.S. airlines sold at least 83 percent of their seats in the third quarter. A decade ago, more than a quarter of seats went empty.

The results were there to see Thursday, as several leading airlines reported financial results for the third quarter, which includes the end of the heavy summer-vacation travel season:

United cut its fuel bill by $135 million compared with last year, and Southwest saved $64 million — about 4 percent in each case.

And that is just the beginning. Those savings are based on what fuel cost in 2013 and don’t include the big decline in prices since June. Southwest paid $2.94 per gallon in the third quarter but predicts it will spend between $2.70 and $2.75 per gallon in the fourth quarter.

Airlines for America, a trade group for the biggest carriers, estimates that every penny decline in fuel prices saves the industry $190 million. That suggests the carriers could save more than $10 billion if fuel stays at current prices.

Airlines could share that windfall with passengers in the form of cheaper tickets, but that doesn’t look likely, at least not yet. The big airlines just pushed through a modest fare increase — $4 for U.S. round-trip tickets.

Southwest’s average one-way fare was $160.74, an increase of just $1.35 over the same time last year but up nearly $50 in the last five years, a period in which mergers reduced the number of competitors and fuel prices climbed. American didn’t give fare figures but said that the amount passengers paid to fly each mile, a figure called yield in the airline business, set a record.

“What I would not want to do to customers is take them through this same volatile ride with fares — lower them one day, raise them the next day,” he said. “I think that that would be absolutely the worst thing that we could do.”

“Air travel remains a great bargain,” Kirby said on a conference call with reporters. “In a strong demand environment, we don’t have plans to go out and just proactively cut fares.”

Airline investors were spooked by the appearance of the first U.S. cases of the deadly Ebola virus, especially the news this month that a nurse had flown on two Frontier Airlines flights shortly before testing positive. They worried that people might stop flying, and airline stocks fell. That fear started to subside last week when the CEO of Delta Air Lines Inc. expressed confidence that authorities would prevent a U.S. outbreak; the stocks have rallied.

Kirby said American saw “a measurable impact” on bookings after a widely covered congressional hearing on Ebola last week, but they snapped back to normal after one day. United and Southwest officials reported no effect.