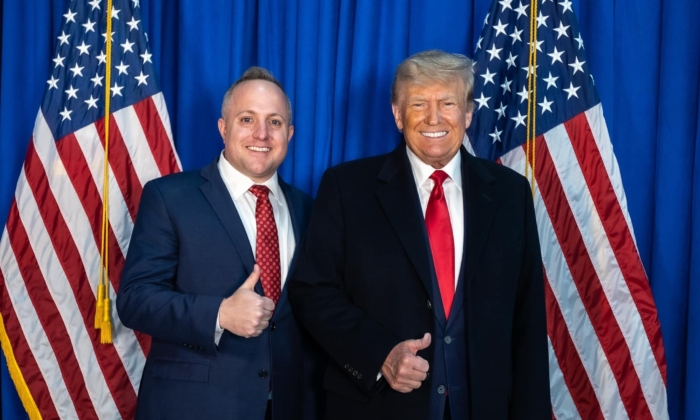 The race included Rice and six challengers. In South Carolina, primary candidates must surpass 50 percent of the vote to move on to the general election.

Multiple polls showed that Fry and Rice were the two top candidates, but the surveys forecast that neither would get more than 50 percent support.

Seeking a sixth term in the 7th Congressional District, Rice was one of 10 House Republicans who voted to impeach Trump for allegedly inciting the Jan. 6, 2021, breach at the U.S. Capitol.

In the interview on ABC News’ “This Week” on June 5, Rice called his decision “the conservative vote.”

“I did it then, and I would do it again tomorrow,” he said.

In recent days, Rice has told reporters that Trump is a politician of “the past.”

“I hope he doesn’t run again,” he said. “I think if he does run again, he hurts the Republican Party.”

Rice’s opinions about Trump were risky, considering that his district backed the former president with 58 percent of the vote in 2016 and 58.8 percent in 2020.

Rice did perform better than Trump in the 7th district with 61 percent of the general election vote in 2016 and about 62 percent in 2020.

When Trump was president, Rice voted in support of his position 93.4 percent of the time, a higher mark than 92.1 percent for the average Republican, according to CQ Vote Watch.

He’s the only lawmaker who both voted to impeach or convict Trump in the House and voted to support objections to counting Arizona and Pennsylvania electoral votes.

Rice has remained adamant about his feelings regarding Trump and the Jan. 6 Capitol breach and has told reporters that speaking out is worth it, even if it costs him a sixth term.

Rice has criticized Fry for voting for the gas tax in South Carolina and has accused him of frequently missing votes on the House floor. During a debate and in a television ad, Rice targeted Fry about those claims.

“There are no excused absences in Congress,” Rice said in a statement about the ad. “My opponents want a full-time job that requires you to make sacrifices. Russell Fry missed the vote for the largest tax cut in South Carolina history because he decided a trip to Florida was more important.

“The irony is, he managed to be present the day he voted to raise our gas taxes. I take my job serving the 7th District seriously and will always put the best interests of my constituents first.”

Fry defended himself by calling Rice a liar and presenting a document from South Carolina House Clerk Charles Reid that shows he has been absent six days over the seven years he has held office.

Daryl Scott is unopposed in the Democratic primary. Libertarian candidates Keenan Dunham and Larry Guy Hammond will also be on the Nov. 8 general election ballot.