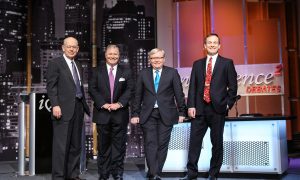 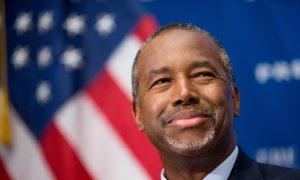 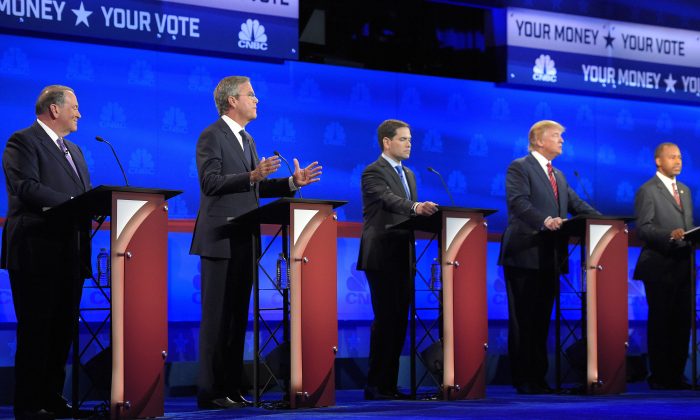 WASHINGTON—Republican presidential candidates have agreed on a series of demands to give them greater control of debates, as the GOP’s frustrated 2016 class works to inject changes into a nominating process that was supposed to create a smoother path to the White House.

The dynamics of the extraordinarily crowded contest, which has increasingly featured Republican infighting, has prompted the campaigns to try to wrestle some control of the debates from the Republican National Committee and media hosts.

Representatives from more than a dozen campaigns emerged from a closed-door meeting in suburban Washington Sunday night having agreed to several changes to be outlined in a letter to debate hosts in the coming days. They include largely bypassing the RNC in coordinating with network hosts, mandatory opening and closing statements, an equal number of questions for the candidates, and pre-approval of on-screen graphics, according to Ben Carson campaign manager Barry Bennett, who hosted the meeting.

“The amazing part for me was how friendly the meeting was,” Bennett said, noting the gathering was held in a room marked “family meeting.” ”Everybody was cordial. We all agreed we need to have these meetings more regularly.”

The GOP’s most recent debate, moderated by CNBC in Boulder, Colorado, on Wednesday night, drew harsh criticism from campaigns and GOP officials. Afterward, some candidates complained that the questions were not substantive enough; others wanted more air time or assurance that candidates would get opening and closing statements.

GOP Chairman Reince Priebus decided to suspend a partnership with NBC News and its properties on a debate set for February, but that wasn’t enough to satisfy the frustrated campaigns.

“We need to mature in the way that we do these debates if they’re going to be useful to the American people,” Carson told ABC’s “This Week.”

While the campaigns agreed to the changes in principle Sunday night, the media companies that host the debates are under no obligation to adopt them. Bennett suggested that campaigns could boycott debates to get their way.

“The only leverage we have is to not come,” he said.

The pushback comes despite a high-profile effort by the Republican National Committee to improve the debate process going into the 2016 election season. The party said the 2012 debate schedule promoted too much fighting among candidates, so for 2016, the RNC dramatically reduced the number of debates for this election and played a leading role in coordinating network hosts and even moderators, in some cases.

“Do not count me in the group that’s doing this moaning and complaining about this,” Christie said on CNN. His campaign attended the meeting to listen, he said, but “I support the RNC continuing to make these decisions.”

He added that “the third debate wasn’t awful,” although he disliked moderators interrupting candidates’ answers.

“The presidency is almost never scripted, so we shouldn’t have these debates scripted, either,” Christie said.

Three debates remain before the first nomination contest, the Iowa caucuses on Feb. 1. The next one is scheduled for Nov. 10 in Milwaukee. The RNC has sanctioned five debates after the caucuses.

“What it really comes down to is the candidates want to have more control of the ability to negotiate with the networks,” Donald Trump campaign manager Corey Lewandowski said after the meeting.

While organizers of the meeting were not including the RNC, the party has been in regular communication with campaigns about their concerns.

Shortly before the meeting, the RNC appointed Sean Cairncross, the committee’s chief operating officer, to take the lead in negotiating with the networks. It’s unclear, however, what role he’ll play should the campaigns get their way.

“This is the first step in the process of understanding what the candidates want, and then we need to have a more specific conversation about NBC,” RNC chief strategist Sean Spicer said Sunday ahead of the meeting. “We need to start a process. Tonight’s the first step.”

Some candidates are trying to use the debate discord to their advantage — none more than Texas Sen. Ted Cruz.

Campaigning in Iowa this weekend, he slammed the CNBC debate moderators for asking questions that he said “illustrate why the American people don’t trust the media.” He was cheered after calling for future debates to be moderated by conservatives such as radio host Rush Limbaugh.