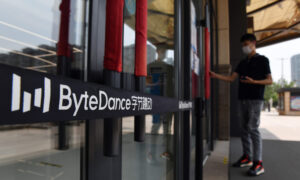 A photo that’s gone viral this week is claiming that the famed Italian city of Venice has “frozen” over with snow and ice.

However, that photo is a fake.

The photo shows “ice” covering the famous canals that line the city.

The image is actually a Photoshopped version of a photo taken by photographer Luis Manuel Osorio Fernando, which can be viewed here.

And the ice used in the fake image appears to have come from a photo of ice over Russia’s Lake Baikal, considered the deepest lake in the world.

The icy Venice fake appears to have been circulated in March 2012.

“This is a photo manipulation. The ice has been taken from a photo of Lake Baikal and added to a view of Venice,” writes Hoax of Fame.

On Twitter, the photo was shared widely, with people believing it’s real.

“Venice is frozen too,” wrote one user.

Wrote another, “Beautiful but scary too when you think what it means RT @janejackman Venice frozen today.”

The fake photo appears to have gone viral after a cold spell hit Venice in 2012. The city experienced freezing temperatures and there was ice–but not to the extent depicted in the picture.

At the time, the Venice lagoon froze over for the first time in two decades, as the Guardian noted.