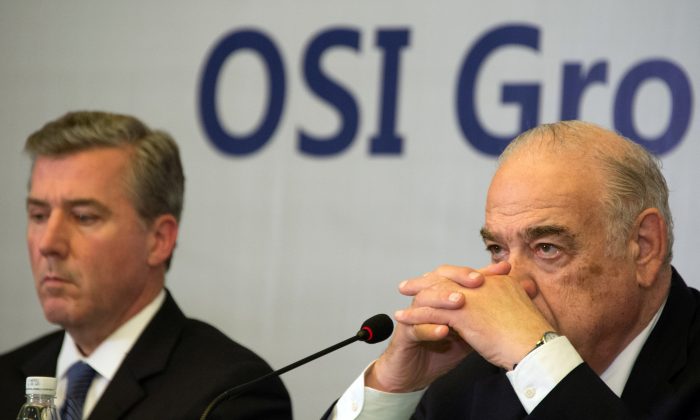 From the Regrettable to the Ridiculous in China

Two American companies were caught in the spotlight in China this week, cast as criminal or at least culpable.

OSI Group was embarrassed by news that its Chinese subsidiary provided expired meat (or worse) to famous chain restaurants, while Microsoft is being investigated for monopolistic practices regarding its Windows software.

Is it a pattern of greedy American businesses exploiting an emerging foreign market? Or a pattern of a culture gone astray in China?

Businesses do business in order to make a profit, and big American businesses—as well as big businesses in every country—have been salivating for years over China, “The World’s Biggest Market!” And so they go to China, hat in hand, jumping through bureaucratic hoops and often contorting themselves to work with domestic partners, chasing the profit that may or may not ever come.

There are countless stories of foreign businesspeople entering China and later leaving, having lost their investments—sometimes after having been fleeced by their domestic partners. There is scant legal protection for foreign businesses and potential trap doors at every turn. There may be bountiful regulations, but many are honored only in the breach. Bribery and corruption are everyday occurrences, and the current sweeps of corrupt officials is touching only the tip of the iceberg.

For companies looking to strike it rich in China, there should be a giant “caveat emptor” (“let the buyer beware”) sign at the airports. Blinded by the prospect of profits galore, perhaps these two American companies are guilty of that. But they are guiltier of not understanding the lay of the land in 21st century China.

The OSI board and executives missed the “caveat emptor” sign on the way in, and were mortified by the revelations that its subsidiary, Shanghai Husi Food Co., was purveying unsafe meat to its customers. At a news conference, OSI President David G. McDonald, was quoted thus by AP:

“Our investigation has found issues that are absolutely inconsistent with our internal requirements for the highest standards, processes, and policies. Why these things took place, by whom they took place, and for what motives they took place, we simply can’t understand.”

Indeed, if you don’t understand the strong currents of the culture you’re operating in, sometimes you’ll be stunned and disappointed.

The OSI owner and chairman, Sheldon Lavin, put it even more clearly that day, “These events simply don’t represent the values I stand for or those of my company.”

The predominant values in Chinese culture today are those crammed down the throats of the people by the party that has ruled since 1949, and those values are the antithesis of traditional Chinese values such as honesty and virtue.

A regime that has misled and persecuted its people in a myriad of ways—such as the Great Leap Forward that caused mass starvation, or the Cultural Revolution that terrorized the population while destroying China’s culture, or the Tiananmen Square massacre that killed thousands of China’s most idealistic young people, or the persecution of Falun Gong that tortures individuals for their belief in truthfulness, compassion, and tolerance—is reaping what it has sown.

CNET said, “China’s new antitrust investigation could be focused on ‘unfair trade,’ which includes such issues as the abuse of market dominance and price monopoly.”

We knew it all along! Or did we?

Consider that Microsoft has maintained for years, and independent counts back them up, that most copies of its software in China are not legal, licensed copies. In January 2011, Microsoft CEO Steve Ballmer told Chinese leader Hu Jintao and U.S. President Barack Obama that 9 in 10 copies of Windows in China were pirated.

In other words, most copies of Windows running on computers in China were illegal then, as they surely are now.

So how can the regime turn around and accuse Microsoft of “unfair trade” when Microsoft’s products were stolen? Is it rational to accuse a company of profiting from a monopoly when most of its products constituting the supposed monopoly market were never paid for by the consumers?

Microsoft will grit its teeth and cooperate with authorities, because they want to continue to derive whatever profit they can from “The World’s Biggest Market!” But they, too, may be stunned at the values displayed in China—not the values of the traditional culture, but those values propagated by the ruling red regime.

John Nania is the editor-in-chief of Epoch Times.