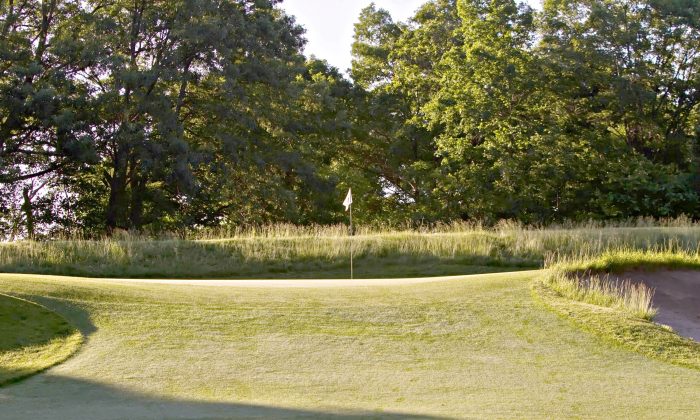 From the Fringe: Why Municipal Courses Like George C. Scott Still Matter

HYDE PARK, Mass.—When you enter the grounds of George C. Wright (GCW) municipal golf course you won’t see an armada of sparkling new courtesy cars lined up like soldiers ready for usage. That’s a world away—at the Deutsche Bank Championship being played roughly 25 miles away at the TPC Boston course in Norton, Mass.

GCW is a municipally owned golf course by the City of Boston and is named for the former Hall-of-Famer baseball player and part-owner of Wright and Ditson Sporting Goods, which sold golf clubs along with other athletic equipment. Wright was a longtime proponent in advocating more people take up the game of golf as a lifelong activity. The golf course came into existence in 1938 as a Works Project Administration (WPA) effort through the administration of President Franklyn D. Roosevelt during the dark times of the Great Depression.

Donald Ross—arguably the most noted course architect of the first half of the 20th century and the man responsible for such leading national courses as Pinehurst 2 in North Carolina and Seminole in Florida—was hired to design the course. Before the city took ownership of the land, the property was owned privately and there had been hopes in having a course open only to members and their guests. Fortunately, as things turned out, that didn’t happen.

Nonetheless, the site where GCW is today was far from ideal and required extensive planning and resources to move ahead. In 1932, Walter Irving Johnson, a longtime associate of Donald Ross, took on the project as an engineer for the Massachusetts District Commission. George Wright became one of the great accomplishments of engineering and building in the annals of golf. Before completion, 60,000 pounds of dynamite were used to excavate the property—72,000 cubic yards of dirt were spread to raise the ground above a swamp level, and 57,000 feet of drainage pipe were laid to drain the property. The WPA provided roughly $1 million to complete the project in 1938.

About 1,000 men worked on the project during peak construction. Beyond the development of the golf course, George Wright had a rock wall that encircled the entire 156-acre site as well as a Norman-style clubhouse constructed at a cost of $200,000.

When you arrive at GCW you don’t have all the fanfare and hoopla seen with many of the country-club-for-a-day daily fee courses with their official “greeters.” The par-70 6,440-yard course is not long by any means but the rolling nature of the property includes a bevy of blind shots that can unnerve all but the surest of players. The putting surfaces are prepared and trimmed accordingly and can be vexing with a solid mixture of sizes, shapes, and internal contours. Shaping shots is a must—brawn alone will not be rewarded without uncanny precision.

Golf is going through a protracted slump—more courses routinely are closing their doors forever now than are opening. The millennial generation does not view golf as a “hip game” and far too much attention by many of those closely associated with the golf industry remains with core players who play the most golf and spend the most dollars.

GCW succeeds because it provides a fascinating intersection whereby people of vastly different cultures and backgrounds can be hooked up for a game of golf. One should not expect to meet the old-time Boston Brahmins from the likes of The Country Club in nearby Brookline at GCW—it’s more of the meat-and-potato type person that plays here regularly. The fees to play here are also quite reasonable—given the escalating costs of what entertainment is today.

If golf is going make inroads as a game for the masses, it will be because of what GCW provides, and has been providing for many, many years. Today we celebrate Labor Day and all of the hardworking people who make our nation succeed daily. GCW was created during a time of great uncertainty in America and in 2014 it continues its mission to provide a welcome to players who didn’t always have a golf connection in their earlier bloodline. In sum, GCW is a muni course that still matters—a place that transports us away from the nonstop 24/7 drumbeat that is modern life today. A real labor of golf love—no question.